OK to post picture of murder convict with child - iMediaEthics

OK to post picture of murder convict with child 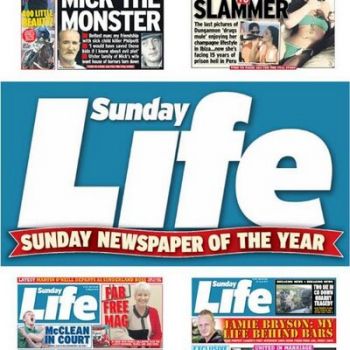 It wasn’t an invasion of privacy for the tabloid Sunday Life to include a photograph of a child whose face had been pixelated with its story on a man, who was convicted of murder back in the 1990s.

Sunday Life, owned by Independent News & Media and published in Northern Ireland, published a news story about the father’s conviction and showed photos of the man, as well as the photo of the man with the child. The mother of the child complained to the UK press regulator the Independent Press Standards Organisation that the photo and reporting invaded her child’s privacy.

Sunday Life’s Head of News Stephen Gordon told iMediaEthics by e-mail, “I welcome the decision by the IPSO committee,” noting “we took care not to disclose the child’s identity” and that the IPSo ruling “fully vindicated” the publication.

He explained the significance of the story and people involved:

“The Sunday Life story concerned a man convicted of one of Northern Ireland’s most notorious, sectarian murders. The victim was a well known businessman. The victim’s son, who had been a schoolboy at the time of the killing, had recently spoken publicly about his father’s murder by loyalist terrorists and the pain and anguish it had caused to his family. His story, featured in a TV documentary, had provoked much public and media comment.

“The paper’s concern was to highlight that one of the ruthless terrorist killers, who was given early release from jail under the terms of the Northern Ireland peace deal (the Good Friday Agreement), was now enjoying a happy, family life as portrayed openly in shared social media images. In contrast, the victim’s family has been denied their loved one’s presence.”

The mother and child weren’t named in the IPSO complaint, and IPSO noted that Sunday Life didn’t have consent from the family to publish the child’s photo. However, because the photo was pixelated and didn’t include any information about the child’s name, life or connection to the man convicted, it was OK to publish it, IPSO ruled.

The mother argued that the child was identifiable because readers could determine the child’s ethnicity through the pixelation and readers had enough information to connect the child to him.

“The complainant said that the people who knew her and her child had not been aware of the man’s past; the article had, therefore, identified her child as having an association with an individual involved in a historic murder,” IPSO reported. “She said that because of this, the publication of the photograph had caused a real and serious risk to her, and her family’s, safety. She also expressed concern that following the article’s publication, her child had not been welcome in homes their friend’s homes to play.”

Sunday Life stood by its use of the pixelated photo, arguing it was in the public interest to show the man convicted of murder had a family life, while his victim couldn’t, according to IPSO, which detailed:

“It said that there was a public interest in publishing a photograph which showed that the man was, unlike his victim, able to enjoy a family life with an unidentified child on his knee, in circumstances where he had deprived his victim of that basic right. It said that the man’s murder had drawn much public comment and debate, because his son had spoken publicly about his father’s murder and the considerable pain and anguish it had caused to his family.”

In addition to the pixelation and lack of identifying details about the child, IPSO agreed with this public interest rationale.

Correction: The child pictured was not the child of the man convicted of murder. We regret the error.

OK to post picture of murder convict with child