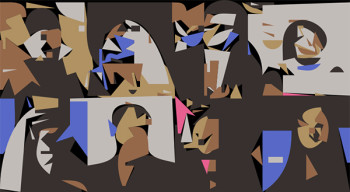 The Times of Israel apologized for the "vile" post falsely attributed to Josh Bornstein. (Credit: Syria via OpenClipArt)

The Times of Israel unpublished an article that called Palestinians “worthless subhuman beasts and vermin.”

The article went on to claim “The thing to be done about the ‘Palestinians’ is to KILL them, exterminate them, get rid of them,” Talking Points Memo reported.  “How do we deal with cockroaches? We don’t argue or debate with them. We exterminate them.”

The Times of Israel said the article was posted by a “malicious hoaxer” who used the name of a real Australian lawyer, Josh Bornstein, in its byline.

Miriam Herschlag, the Ops & Blogs Editor for the Times of Israel, told iMediaEthics by e-mail: “We believe that it was the work of a neo-Nazi / white supremacist who is active on the Web and we are continuing to investigate.”

She said “We have taken immediate steps to prevent further attacks and will finalize tightened control procedures in the coming days.”

iMediaEthics spoke with Bornstein tonight. He said that because of the time difference between his location in Australia and the Times of Israel‘s posting, he woke up that day after the blogpost was published to find “my Twitter feed and my e-mail were full of nasty threatening content.”

“It was pretty disorienting trying to work out what the hell had gone on, and slowly I worked out what was happening,” he said.

He hasn’t decided yet if he will pursue a police complaint over the hoax and threats. “I’m being encouraged to take everything to the police,” he told iMediaEthics.

Then on April 9, the fake Bornstein posted the “vile and disturbing in the extreme” article about Palestinians.

“Shortly after it was published, we removed this blog post and the entire blog, and began investigating what had transpired,” the Times of Israel said. “The post had also been copied to an online archive with the obvious intent of causing maximum harm.”

Bornstein said that he spoke with the Times of Israel after the “vile bit of racist hate speech” was published and the Times was “very apologetic,” explaining someone set up the fake account in his name well enough to be considered legitimate by the website. After the apology, “it has quieted down” but Bornstein is still receiving some nasty messages from people who think he wrote the anti-Palestine article.

“I had not even heard of the Times of Israel before this,” Bornstein said.

The Times apologized and said it was “appalled” by the incident, noting that Bornstein “asked us to make crystal clear that he had nothing whatsoever to do with this entire episode.”

Bornstein told iMediaEthics he is “outspoken” in Australia against racism.

“I think they shouldn’t have allowed that post to be put on their site,” Bornstein said of the Times of Israel. But “having dealt with them, they acted very professionally once they realized what happened,” he told iMediaEthics. “All I can say is they acted quickly and they’re probably going to have to consider their policies to try and avoid stuff like this happening again.”

He added “they were very, very upset, they still are.”

The Times also tweeted about the article on April 9 saying it was investigating the blogpost.

We’re looking into inappropriate/satire blog post that appeared briefly earlier today. Was removed immediately and is not endorsed by us.

Bornstein, the Australian lawyer whose name was falsely attached to the article, also tweeted several times about the hoax.

Thanks to those who have offered support following a nasty, racist hoax blog that was published using my identity http://t.co/JeiyZaglpW!

The Times of Israel unpublished the offensive blogposts and all others attributed to Bornstein, Talking Points Memo reported.

iMediaEthics uploaded a PDF of the original article falsely attributed to Bornstein.

Last year, the Times of Israel unpublished a blogpost, “When Genocide is Permissible,” advocating genocide in Gaza, as iMediaEthics wrote at the time.