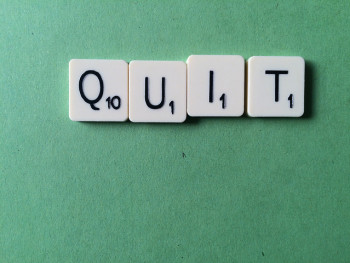 Howley was suspended “indefinitely,” Breitbart said March 10, after he tweeted questioning Fields’ allegations that Donald Trump’s campaign manager Corey Lewandowski “grabbed” her causing her to fall to the ground at a campaign rally.

Fields announced her resignation shortly after midnight Monday morning. At 10:44 AM, Howley tweeted that he was back at Breitbart.

I am pleased to announce that I have gotten my job back at Breitbart starting today. Thank you for all of your support. It means a lot. #WAR

“I’m excited to get back on the campaign trail for Breitbart News and I appreciate all the support everyone on Twitter and Facebook and blogs and I think that Breitbart made the right decision today [to let me back],” Howley told The Daily Caller.

iMediaEthics has asked Breitbart when exactly Howley was reinstated and if there are any terms to his reinstatement, such as whether he is allowed to tweet or write about the Fields story.

“Breitbart News is no longer a journalistic enterprise, but instead, in my opinion, something resembling an unaffiliated media Super PAC for the Trump campaign. I signed my contract to work as a journalist, not as a member of the Donald J. Trump for President media network.”

Similarly Stepman said in part: “I believe Breitbart News is becoming less of a news site and more of a propaganda organization dedicated to the Trump campaign.” Schachtel also tweeted:

I resigned from Breitbart. Was a great run & I wish I could've prevented what it's become. Still many grt ppl there. Sorry to let u all down

@imediaethics Nothing further. Thanks for reaching out.

Meanwhile, Kurt Bardella, who resigned last week as spokesperson for Breitbart, penned a first-person essay for CNN about his decision. He wrote:

“First and foremost, I didn’t sign up to work for Trump’s de facto super PAC. Those close to me know that for weeks, I have been considering ending my relationship with Breitbart because of how uncomfortable its support of Trump’s presidential campaign made me.

“The second reason was the treatment of its now former reporter Michelle Fields, who resigned after she accused Trump campaign manager Corey Lewandowski of manhandling her after a news conference.”

Bardella went on, “A news organization was working to undermine one of its own reporters. For me, this was the proverbial straw that broke the camel’s back. Breitbart had abandoned its own reporter and did so with the objective to protect Trump’s campaign.”