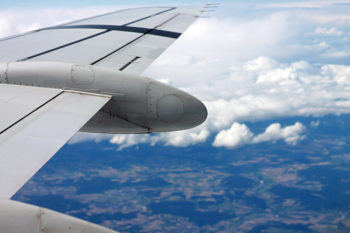 The UK Sun, Mirror and Daily Record all falsely claimed hypnotist Paul McKenna was drunk on a plane to Barbados in late 2015 and that his behavior made a flight attendant cry. The three newspapers later apologized, but only after the Independent Press Standards Organisation (IPSO) interceded.

iMediaEthics contacted McKenna’s spokesperson to ask if he was satisfied with the apologies, but hasn’t heard back. Neither the Sun nor Trinity Mirror, which publishes the Mirror and Record, responded to iMediaEthics’ inquiry about the verification steps taken before publication.

The Sun‘s print and online story originated the claims that McKenna was “staggering around the cabin,” quoted someone on the plane saying “the staff had obviously decided he’d had enough and stopped serving him.” A passenger was quoted as saying that McKenna made the flight attendant cry and was banned from having any more alcohol on the flight. The Sun quoted his spokesperson saying McKenna “was feeling unwell on the flight” and apologizing.

McKenna denied the claims, saying he had food poisoning and was unwell, not drunk. He denied the airline told him he couldn’t have alcohol and that he made a flight attendant cry.

The Sun also told McKenna’s spokesperson there was a “sound recording” of the incident along with two witnesses, but the Sun‘s recording actually was just of its interviews with its sources.

McKenna also complained that the Sun said British Airways was giving a statement on the matter, but British Airways’ statement was about a different flight. McKenna said his spokesperson completely denied the incident to the Sun and the newspaper promised that it wouldn’t claim McKenna was drunk or upset the flight attendant.  The apology McKenna gave was for being sick, not an admission that the Sun‘s story was true.

However, the Sun said McKenna’s spokesperson didn’t deny the drinking claims and that its journalist never said they wouldn’t report the claims about drinking.

The Sun admitted it was inaccurate after McKenna’s complaint but said it didn’t intentionally print an inaccurate report. The newspaper’s alleged sources were two passengers, plus the Sun talked to another journalist who said he heard about the story from one of flight crew and the two passengers.

“The newspaper said that, at worst, there may have been a misunderstanding between its journalist and the complainant’s spokesperson, but that it was not necessary for it to spell out the nature of the evidence for the purposes of seeking comment, and denied that there was misrepresentation or subterfuge.”

A link to the Sun‘s article, “McKenna’s Brahms ’n hypnotist,” now goes to an error page. The Sun deleted its story Feb. 24, 20 days after McKenna complained to IPSO.

The Sun offered to publish a correction that day, and McKenna and the newspaper agreed to correction text in April, but McKenna wasn’t satisfied with the correction placement on the paper’s page 2 — its correction page — and the homepage for 24 hours.

IPSO disagreed with McKenna that the correction placement the Sun offered wasn’t good enough. Instead, IPSO said the Sun‘s offer was fair and acceptable and the newspaper should publish the correction.

The Mirror and Daily Record both published an apology after IPSO mediated McKenna’s complaint. The same apology, reads:

“In our article of 1 January 2016, we reported claims that Paul McKenna made an air stewardess cry on a flight to Barbados after being refused alcohol because he was drunk. Having been contacted by Mr McKenna, we accept that these claims are untrue, and that, in fact, he was suffering from food poisoning on the flight which made him unwell and unsteady on his feet. We offer him our apologies for any upset caused.”

According to the IPSO reports, the two newspapers “said that it believed the allegations had been generally admitted because the article published by the other newspaper contained an apology from the complainant’s spokesperson for any offence caused. The publication said that the article made clear it was reporting allegations made by another newspaper, and that it had distinguished between comment conjecture and fact.”