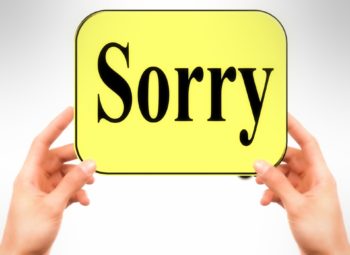 The cartoon said “We fondly say go …” and the “f*** yourself” was hidden in the image.

On Twitter, the cartoonist Miller wrote that “some of my sharp-eyed readers have spotted a little Easter egg” in the cartoon. However, via direct message on Twitter, Miller gave iMediaEthics this statement:

“When I opened the paper Sunday morning and read my cartoon, I didn’t think anything of it, as I didn’t notice the scribbling that has now caught fire. It wasn’t until later when sharp-eyed readers pointed it out that I remembered doing it, as the cartoon was done about eight weeks ago. I now remember that I was particularly aggravated that day about something the president had done or said, and so I lashed out in a rather sophomoric manner as instant therapy. It was NOT intended for public consumption, which is why it’s scribbled. Had I intended to make a statement to be understood by the readers, I would have done so in a more subtle, sophisticated manner. This coming Saturday will mark the 27th anniversary of Non Sequitur, and in all that time, I have never done anything like this, nor do I intend to do so in the future.”

In a news story on its website, the Butler Eagle explained the cartoon was published in the Feb. 10 edition and “cost the cartoonist his place” in its paper moving forward.

“A reader brought to our attention that one of the syndicated comic strips which appears in the Sunday Butler Eagle may contain a hidden message which was apparently placed there by someone in the creative department of the creator of the comic strip or the syndication which controls it,” Ron Vodenichar, Eagle publisher and general manager is quoted as saying. “Neither the Butler Eagle nor any other newspaper that includes this strip had an opportunity to remove it even if they had discovered it before distribution.”

“We apologize that such a disgusting trick was perpetuated on the reading public. The Butler Eagle will discontinue that comic immediately.”

“It’s not clear whether other publications have dropped the strip, distributed by Andrews McMeel Syndication,” CBS News reported. “The company’s website says ‘Non Sequitur’ appears in more than 700 newspapers.”