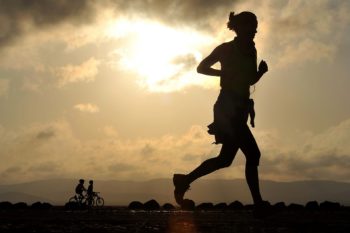 A Pennsylvania newspaper sports columnist suggested track and field was easy and seemed to belittle the sport. After angering readers, the columnist, Mike Gross of Lancaster newspaper LNP, quickly apologized.

Gross’s May 15 column, “High school track: It’s springtime and the living is (relatively) easy” claimed track and field “is every bit as intense and high-pressure as frisbee golf” and contrasted it with football.

The column, published on LNP‘s website, Lancaster Online, noted some track and field athletes consider the sport “serious stuff” but “plenty of others” treat it as “a source of relaxed fun.” Further, Gross commented that track and field athletes sometimes skip “the first couple weeks of track season” and can nap during meets, and it’s no big deal, suggesting it’s not as intense. Gross added, about track and field, “Wouldn’t want to cover it year ‘round, but I wouldn’t want to go a year without it.”

iMediaEthics has written to Lancaster Online’s editor to ask how many complaints the newspaper received and if any editors reviewed the column before publication. We’ve contacted Gross to ask if he has heard directly from any track and field athletes or coaches with complaints.

Arizona high school student track and field athlete Sarah Carter, who noted she trains “50-60 miles per week for the past four years, and running competitively for the past twelve,” slammed Gross’s article in an open letter to Gross published on high school running news website Mile Split.

“In all that time, I have never seen a more inaccurate and uninformed report on the sport of track and field,” Carter wrote. She went on:

“From the first sentence of your article, I was absolutely incredulous, hardly daring to believe that it was actually meant to be a legitimate portrayal of spring track. Not only did at least half of your article focus on football, a sport that is currently out of season, but many of your statements were so obviously insulting and inflammatory that I have a very difficult time accepting the sincerity of your followup apology.”

Carter flagged Gross’s “obvious lack of respect for track” and “very deluded and inaccurate view of the sport,” and questioned “how exactly were you expecting these claims to be received by the running community?”

Readers criticized the column, with one, “Emily Martin,” writing in part: “What a magnanimous ignoramus. And what a myopic piece of drivel his editor decided to publish. Yes, track is more egalitarian than some other sports. And yes, individual sports’ competitions function differently than the countdown atmosphere of a game.”

Another, “Bryce Hiigel,” commented “Yes this guy really screwed the pooch on this article, But where was the editor who let this get printed?”

Not sure how this was allowed to be printed. #clownarticlebro

Next time you write something about track & field athletes, you might want to run it by someone who actually understands the sport.

Sir. I thank you for your apology, but it should not have been said in the first place. I can give you first hand experience of how

Lancaster Online published an editor’s note atop the column linking to Gross’s May 17 apology. “Sports Editor’s note: Mike Gross, in the wake of the passionate outrage sparked by his track and field column, has written the following apology,” the editor’s note states.

Gross’s apology admitted that his column “failed — utterly and spectacularly.” According to his apology, his intention was to describe track and field’s “unique feel and atmosphere.” Gross called his comparison of track and field to frisbee golf “as unfortunate, and as inaccurate, a sentence as I have ever written.”

“As a newspaper columnist I have often written columns that I knew would offend people,” Gross commented. “This was emphatically not one of those columns, and track and field athletes, coaches, fans and parents are not among those people.”

In today's LNP, I wrote what was intended as an affectionate appreciation of HS track & field. Obviously, I missed the mark by a lot (cont)

For that I am truly sorry to track athletes, coaches, and parents everywhere.