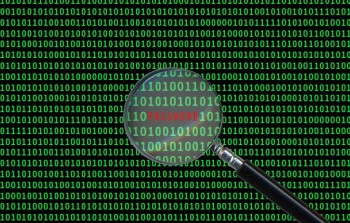 Evans admitted the hacking during a Jan. 27 testimony in the phone hacking trial: “Principally I was tasked with newsgathering … and latterly with hacking people’s voicemails,” he said during court. He added that News of the World staff, including Coulson, knew about his hacking skills when the News of the World hired him away from the Sunday Mirror.

“I hacked every phone I could possibly think of hacking, including one of an actor called Daniel Craig, who might be better known as James Bond,” NBC News quoted Evans as saying during the trial.

One of Evans’ high-profile hacks was a voicemail from actress Sienna Miller to actor Daniel Craig, with whom she was allegedly having an affair.  Evans claimed that Coulson heard the hacked voicemail and called it “brilliant.”  Evans apologized to the actors in court. “For the record, I would like to apologise to them all for having their privacy infringed,” he said, according to the Independent.

In 2011, the News of the World apologized to Miller and admitted to basing 11 stories on her hacking voicemails. She was given $162,600 in a settlement, as iMediaEthics has reported.

Evans also described how News of the World covered up hacking the voicemail by having a tape of the voicemail anonymously delivered to the newsroom. Reuters reported:

“That included having a copy of the recording made, placed into a bag and dropped at the gates of the News Corp site in Wapping, to be picked up by security. That would enable the reporters to pretend it had been dropped off by an anonymous source when it later arrived back in the newsroom.”

Evans further commented that following the arrests of two News of the World staff in 2006 for hacking, “there was a lot of fear and anxiety, a lot of people were preparing to cover their tracks.”

In September, Evans pleaded guilty to three charges related to the phone hacking scandal, but those pleas are just being revealed now due to “legal restrictions,” Reuters explained.

Evans is the first journalist from the Mirror to admit hacking. The Mirror‘s parent company said in response, according to Reuters:  “We do not tolerate wrongdoing within our business and take any allegations seriously. It is too soon to know how this matter will progress and further updates will be made if there are any significant developments.”

Coulson and Rebekah Brooks, former News International CEO, are among eight currently on trial for charges related to the phone hacking scandal, as iMediaEthics has written. Coulson and Brooks have both pleaded not guilty.