Why Polls Differ on Public Restrooms Use by Transgender People: Top-of-Mind vs. Anchored Opinion - iMediaEthics 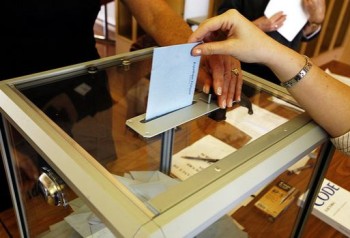 A recent CNN poll report had the headline: “Poll: 6-in-10 oppose bills like the North Carolina transgender bathroom law.” The poll found 57% of their sample saying they “oppose laws requiring transgender individuals to use facilities that do not match their gender identity, 38% support such laws.”

Those results are substantially more positive for transgender individuals than an earlier Reuters poll on the same subject, but which framed the issue somewhat differently. Instead of asking whether Americans supported or opposed laws like the North Carolina law, this poll asked respondents what they thought transgender people should be allowed to do.

The problem with the CNN wording is that it refers to “facilities,” an indirect way of implying restrooms or bathrooms. But it’s not at all clear that all respondents interpreted “facilities” as “restrooms,” rather than some wider application of restrictions against transgender people.

Some evidence that the question wording may have confused respondents is found in a subsequent iMediaEthics poll, for which we used exactly the same wording as Reuters and produced results that, like Reuters, shows a public with a top-of-mind opinion that is evenly divided. 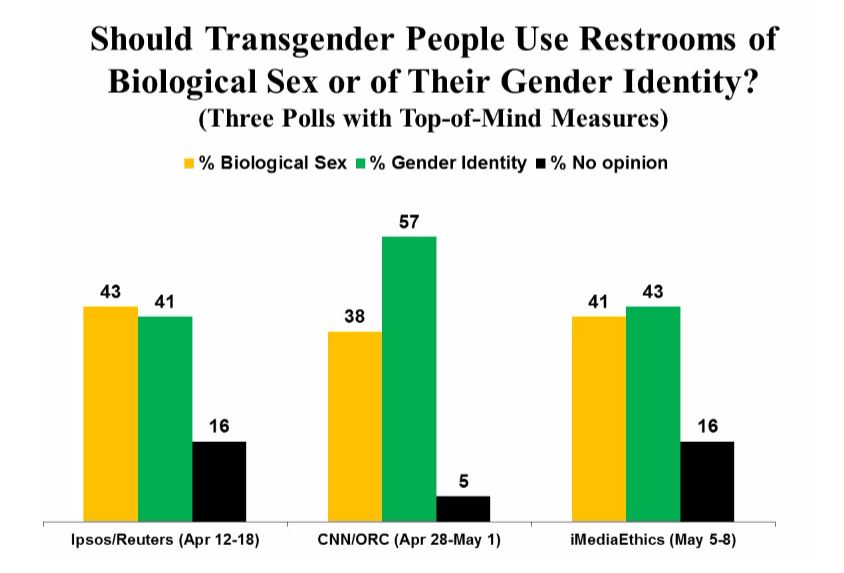 The virtually identical results suggests that opinion did not change from mid-April to early May, and that CNN’s more positive results for transgender people are not due to a change in opinion from the earlier poll, but rather almost certainly a consequence of ambiguous question wording.

It’s important to note that the results noted above are all based on forced-choice questions, which do not explicitly offer a “don’t know” or “unsure” response in the question itself. Here are the two questions:

CNN Question:  Overall, would you say you favor or oppose laws that require transgender individuals to use facilities that correspond to their gender at birth rather than their gender identity?

The net result is that the poll results can be classified as “top-of-mind opinion,” rather than “anchored opinion.” The latter refers to opinions that people hold strongly, rather than transient views that people may easily change.

To measure anchored opinion, the pollster needs to measure intensity of opinion explicitly. Reuters had no measure of intensity, but both CNN and iMediaEthics had follow up questions to do so. 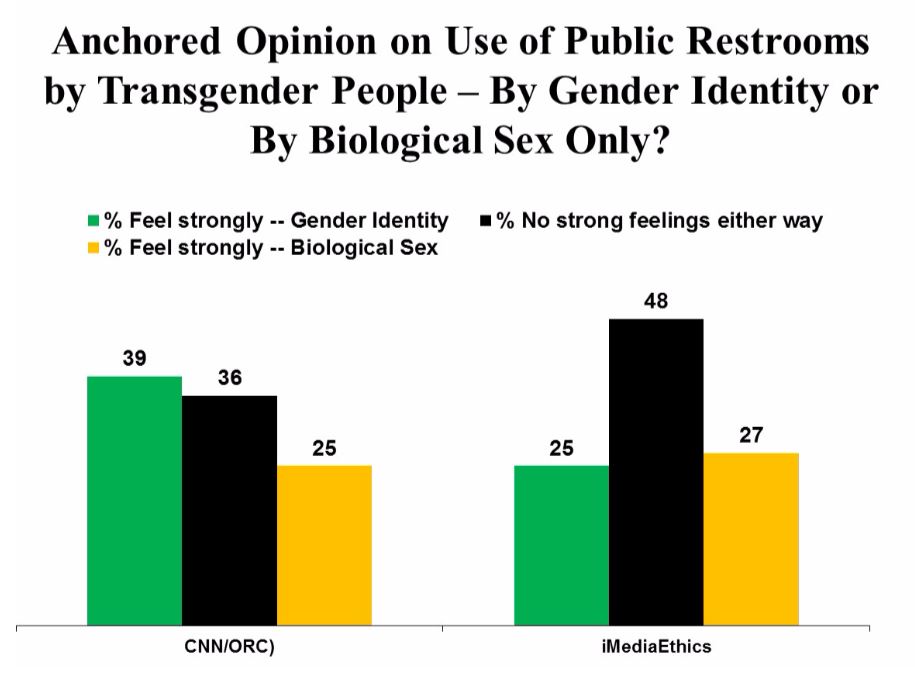 Note that both polls report just about a quarter of Americans (25% by CNN, 27% by iMediaEthics) who feel strongly that transgender people should use restrooms according to their biological sex.

CNN reports significantly more Americans in favor of transgender people using restrooms (actually “facilities”) related to their gender identity than does iMediaEthics, but as noted earlier, the difference is probably related to CNN’s ambiguous wording.

What both polls suggest is that hard core resistance to transgender people using restrooms according to their gender identity is limited to about a quarter of Americans. The rest either take the opposite point of view, or don’t seem especially bothered one way or the other.