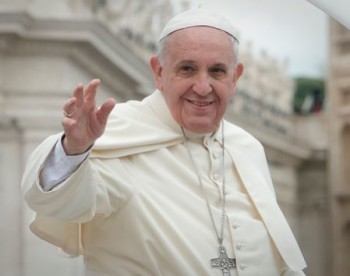 The official encyclical, which focuses on climate change, is scheduled to be released Thursday.

“It is unclear how L’Espresso acquired the draft ahead of the embargo,” the Huffington Post noted. “Journalists accredited with the Vatican are supposed to receive official copies on Thursday morning so they can review the contents before the embargo is lifted at midday, after a news conference,” according to the New York Times. “It was unclear how similar, or not, the final, official document will be to the leaked draft — or at what stage of the process the draft was written.”

“An Italian text of a draft of the Pope’s Encyclical ‘Laudato Si’ has been published. Please note that it is not the final text, and that the rules of the Embargo remain in place. We ask journalists to respect professional standards, which call for waiting for the official publication of the final text.”

In addition, an unnamed “Vatican official” called the embargo breach a “heinous act” in an interview with Bloomberg.