Prisoners are ‘Roaming at Will’ with their own Cell Keys? Nope, Express Corrects 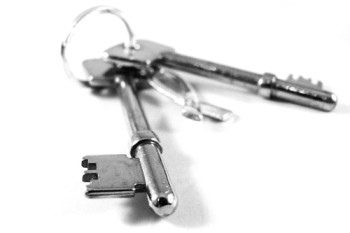 UK prisoners don’t have the keys to their own cells so they can let themselves in and out.

The Sunday Express falsely said that prisoners were “virtually roaming at will” in a January article. The Jan. 25 front-page story was titled “Monsters are given their own cell keys.”

In reality, prisoners were given keys to lock up their personal belongings when they are not in their cells.

That’s because the correction the Express published was buried on page 30, even though the original error was on the front page. The buried correction stated:

“Correction: In our article ‘Monsters are given their own cell keys’ on January 25, we said prisoners were ‘virtually roaming at will’ with keys to their own prison cells. We would like to correct that and make it clear prisoners are given keys to be used to protect the privacy of their cells only at times when they are allowed out of their cells. Prisoners are not allowed to roam at will outside of these times.”

See below the front page of the Express with the false claims.

EXPRESS FRONT PAGE “Monsters are given their own cell keys” #skypapers pic.twitter.com/bGkM32Tmqx

IPSO ruled that the story’s headline “was not supported by the information in the article” and the newspaper’s error “demonstrated a failure to take care not to publish distorted information.”  While the newspaper argued that the letters page — page 30 — is where it wants to publish corrections, IPSO pointed out readers don’t know that. After all, the Express had never published a correction there before this one.

“The correction was not published in an established column, and page 30 was not otherwise a sufficiently prominent location in which to correct the accepted inaccuracy,” IPSO wrote.

IPSO ordered the Express to publish its ruling on the error on page 2 as a result of the accuracy and failure to give due prominence to a correction.

Prisoners are ‘Roaming at Will’ with their own Cell Keys? Nope, Express Corrects