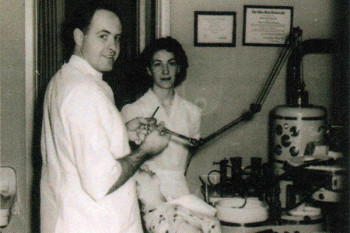 The Ontario Press Council ruled that it was OK for Toronto Star columnist Heather Mallick to say “Dentists are frightening,” “even the kindest dentist is alarming” and other negative comments about dentists. Mallick told readers that she skipped dental visits for at least 24 years and opined “nobody needs to go to the dentist” if they brush well and have good genes.

One reader, a Toronto dentist, complained about Mallick’s comments critical of dentists, Toronto Star public editor Kathy English reported “Opinion columnists speak for themselves.” But do they if they provide what could be construed as bunk medical advice?

iMediaEthics contacted both the Canadian and American Dental Associations to ask if the column comprised offensive opinion or unhealthful, and possibly even dangerous, medical advice causing harm to Star readers by feeding fears.

The CDA declined to comment to iMediaEthics. A spokesperson for the ADA told iMediaEthics: “We are very concerned about fostering misconceptions about dental visits.”

The spokesperson pointed to the ADA’s MouthHealthy.org website, which states:

“Your mouth is a window into the health of your body. It can show signs of nutritional deficiencies or general infection. Systemic diseases, those that affect the entire body, may first become apparent because of mouth lesions or other oral problems…Many people believe that they need to see a dentist only if they are in pain or think something is wrong, but regular dental visits can contribute to a lifetime of good oral health.”

Janet Tamo, the dentist who complained to the press council told iMediaEthics, “Her [Mallick] column was inflammatory and hurtful to hard working dentists everywhere. And it also did a disservice to the reading public who could be negatively influenced by her extreme opinions.”

But English pushed back. “The news columnist’s right to sometimes offend has been reaffirmed time and time again by the Ontario Press Council,” English wrote, citing this latest decision by the council. English added that she often receives complaints from readers over potentially offensive columns in the paper.

Mallick’s Jan. 23 column responded to the scandal at the Dalhousie dentistry scandal, where male dentist students at the Dalhousie Doctor of Dental Surgery program posted “misogynistic, homophobic, violent and sexualized comments about their classmates” in a Facebook group. Mallick argued “dentists are frightening because they enter your body, with your stated permission, and chat away” and there is a “power imbalance” when you go to a dentist.

The dentist who complained to the press council, Tamo, wanted the Star to apologize for Mallick’s  “outdated wanted of dentists” which “insulted an entire profession,” English wrote.

Tamo told iMediaEthics by e-mail she isn’t satisfied with the Star’s defense. “The reply from the Toronto Star was ridiculous and insensitive to my profession,” Tamo wrote. “I have worked tirelessly as a dentist for the last 35 years and I take great exception to the stereotyping and outdated references in the Heather Mallick column. The Star is trying to say that it was an ‘Opinion’ column, which gives greater latitude but it actually ran on a day that her column was supposed to be factual reporting.”

The Star’s English responded to that point in an e-mail to iMediaEthics: “Heather Mallick is an opinion columnist for the Star on whatever day her column is published. The Star’s original response to Dr Tamo explained that the piece was a column.”

The Star defended Mallick as being allowed to “express views that some might find offensive” because she is an opinion columnist and said her comment were not against “all dentists.”

“The wide latitude the Star gives its opinion columnists to speak for themselves means that columnists have freedom to opine in such a manner that some readers might indeed deem to be offensive, outrageous, irrational, immoderate, illogical or even downright ridiculous,” English explained.

Similarly, the council decided “to dismiss the complaint based on the wide latitude provided columnists to comment with a personal point of view, even though some may find it offensive.”

The press council ruled against holding a hearing on the dentist Tamo’s complaint because of “the latitude afforded columnists to provide comment and personal opinions,” the council said on its website. “In this case, the columnist provided her personal recollections and opinions about her experiences with dentists. Her comments also expressed her outrage against the actions of the group of dental students involved in posting sexual comments about their female co-students.”

The council added: “Columnists are expected to provide strong comment which, at times, may offend some readers. But in doing so, they are offered wide latitude to express their opinions.”

English noted that columnists only speak for themselves and not the paper. “It is largely outside my mandate to call out any columnist for expressing views I disagree with or deem offensive,” she wrote. ” The overriding principle a public editor must defend is the latitude of opinion journalists to express an opinion that might offend.”