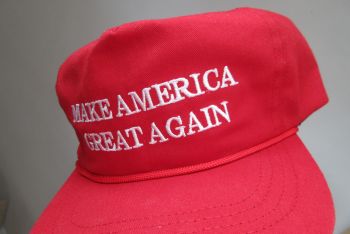 Sederstrom told BuzzFeed News  “He violated our policy so he’s no longer with us. We don’t allow our people to wear campaign clothing while on assignment.”

iMediaEthics has written to Sederstrom for more information; we’ve tweeted Bunner for his response to the firing.