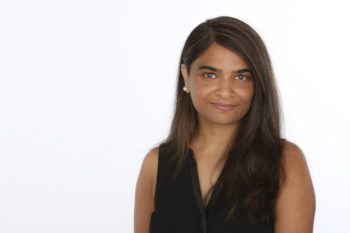 The Toronto Star had a duty to report on its global environment reporter Raveena Aulakh’s death by suicide, public editor Kathy English explained in a recent column published in print and online, even though Aulakh said she didn’t want the media covering her death.

However, after the 42-year-old Aulakh’s death on May 28, an independent investigation of the Toronto Star led to the firing of an editor and the re-assignment of another editor, the newspaper and other Canadian news outlets were duty-bound to report the news.

Before her death, Aulakh e-mailed some co-workers that she had been in a relationship with married senior manager Jon Filson and alleged he was also in an inappropriate relationship with his boss, Star managing editor Jane Davenport, who is also married. English explained:

“Those emails revealed that Raveena and Jon Filson, the senior manager, who had led the Star’s tablet project in the past year, had been involved in a relationship for some time that had ended recently. Further, the clearly heartbroken reporter made allegations in those emails about an improper relationship between Filson and his boss, managing editor Jane Davenport.”

After an internal investigation, Filson no longer works at the newspaper. It isn’t clear if he was fired or quit. When asked about this, Star spokesperson Bob Hepburn told iMediaEthics, “It is the Toronto Star‘s long-standing practice not to comment on internal personnel matters.”

Davenport was moved out of the newsroom, editor Michael Cooke told staff.  The memo is published on Canadaland.com and says in part:

“At her request, Jane Davenport, our Managing Editor, will move to a new role outside the newsroom and within Torstar, effective immediately.

“Our newsroom’s loss is somewhat softened by Torstar ‘s gain as Jane will no doubt make a considerable contribution in her new job.”

When asked why she was moved within the company whereas Filson either left or was fired, the Star simply told iMediaEthics, “It is the Toronto Star‘s long-standing practice not to comment on internal personnel matters.” Her new position hasn’t been announced as of June 13.

Of the investigation of the Toronto Star, spokesperson Hepburn wrote:

“The Star has conducted a thorough investigation by two experienced, trained investigators. As a result of this investigation, actions have already been taken. It is a matter of record that two senior editors no longer have jobs in the newsroom. Also, the investigation included a review of the conflict of interest provisions in our code of business conduct and other related policies and practices, all of which have been developed over many years with extensive external professional advice. It has already been recommended that some of these be amplified and that should take place in the very near term. The investigation also reviewed our practices and support mechanisms for employees in distress. That investigation continues.”

Unifor, the union for Toronto Star employees, called for a “third-party investigator” to look into “workplace health and safety and harassment issues, along with company policies and practices.” Unifor’s Katie Arnup told iMediaEthics, “We are arranging meetings with the employer to decide just how to proceed.”

iMediaEthics asked the Star what, if any, policy it has on co-worker relationships.  “We do not have an explicit written policy relating to dating by employees, however our general policies on conflict of interest are posted on the Torstar corporate website under the Investor Relations subsection and are applicable to all Torstar employees, including those at the Toronto Star,” the newspaper’s spokesperson told iMediaEthics.

That guidance advises staff to avoid conflicts but disclose conflicts to superiors when relevant. It says in part:

“An Employee could be considered to be in a conflict of interest situation if the Employee, a family member, or someone with whom the Employee shares a close personal relationship, has a financial interest, or is a director, partner, officer, employee or agent, in a corporation, partnership or other organization that is a supplier or prospective supplier, does business with Torstar, or is a competitor of Torstar.”

English regretted having to write about Aulakh’s death given the reporter’s expressed wishes in a note for her death to have no publicity. However, English explained that Aulakh’s death was newsworthy given the investigation and issues brought up after her death. English reminded readers that the Star‘s policy typically advises against covering suicides unless there is a bigger public interest.

“I know for certain that I am letting Raveena Aulakh down in writing this story in my role as public editor tasked with reporting to our readers about her death in light of this now public call for an independent investigation,” English commented. “To me, the wishes of the family are paramount and I am sorry we are going against the wishes of Raveena’s family here.”

The Star published a collection of Aulakh’s stories as a remembrance. “At the request of both Ms Aukalh and her family, the Star did not publish an obituary,” the newspaper’s spokesperson told iMediaEthics.

Filson has appeared to have deleted his LinkedIn and Twitter accounts. An e-mail to Davenport returned with an auto-reply directing to Star execs.