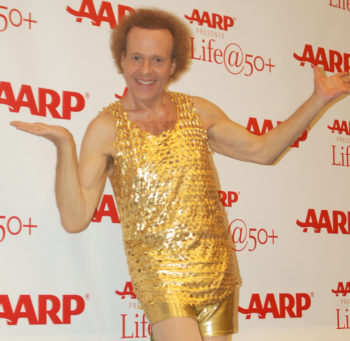 Richard Simmons and the National Enquirer have settled Simmons’ libel lawsuit against the publication for saying he is transitioning as a transgender woman.

Last year, the Superior Court of California threw out Simmons’ lawsuit over the Enquirer and Radar Online’s stories alleging he was transitioning. Simmons wanted an apology, retraction and damages, as iMediaEthics previously reported.

Judge Gregory Keosian, however, ruled that being called transgender isn’t libelous. Simmons then appealed the ruling, and now is settling his lawsuit, according to TMZ.

“The 2 sides have now come to an agreement to drop it and move on … but the terms are confidential,” TMZ reported. “So, it’s unclear if Simmons is still on the hook for American Media’s legal fees.” The Hollywood Reporter noted as well:

“It’s possible that American Media agreed to forgo recovering the $130K in legal costs it was entitled to after being the victor on an anti-SLAPP motion, but both sides said they couldn’t comment — a sign that whatever the terms of the deal, confidentiality was an aspect.”

iMediaEthics has written to American Media, which owns the National Enquirer and Radar, to ask if either will publish any statement regarding the settlement. We’ve also contacted Simmons’ attorney seeking comment. Simmons’ lawyer declined to comment