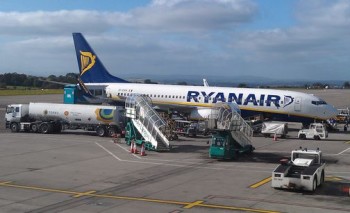 The Irish Examiner must donate to charity and apologize for its 2015 reports about low-cost Ireland-based airline Ryanair and its safety.

Ryanair sued the Examiner over its May 2015 front-page article “Ryanair contract practice a threat to safety” and another article “Bogus contracts blamed for pilot fatigue and safety fears,” Irish public broadcaster RTE reported.

According to The Journal, an Irish news site:

“The newspaper’s representative, Senior Counsel Eoin McCullough, read an apology in the High Court in which Ryanair’s ‘industry leading’ safety record was acknowledged.

“It also noted the Irish Aviation Authority’s independent confirmation that ‘Ryanair fully complied with all European and international regulations in all of its operations,’ and said that ‘Ryanair’s safety standards were on a par with the safest airlines in Europe.'”

Paul Tweed, who represented Ryanair, told iMediaEthics the terms were confidential. “Ryanair are not pursuing any legal action against other news outlets in relation to this particular issue, although there are a number of other actions relating to different issues, pending,” he added.

The Examiner declined to comment to iMediaEthics on the decision to settle, but noted the apology was printed online and in print.

In 2013, Ryanair received libel settlements from two UK news outlets. The UK Independent apologized to Ryanair in a libel settlement for its Aug. 2013 article, “Low-fuel flights put lives at risk.” And the Daily Mail settled Ryanair’s lawsuit over the newspaper’s reporting on a Channel 4 documentary about the airline.