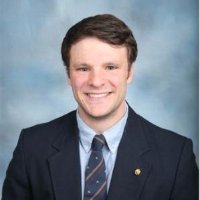 Salon unpublished a March 2, 2016 article critical of Otto Warmbier, the University of Virginia student who died this week after being held in North Korea for more than a year.

The article, “This might be America’s biggest idiot frat boy: Meet the UVa student who thought he could pull a prank in North Korea,” reported on a comedy segment from Comedy Central’s The Nightly Show. In that segment, the show’s host Larry Wilmore slammed Warmbier’s actions that led to his arrest in North Korea. Wilmore commented in part, “It’s just tough for me to have much sympathy for this guy and his crocodile tears.”

The article recirculated this week after Warmbier’s sudden death. The article has been replaced with a brief note stating, “This story has been removed.”

Salon’s executive editor, Andrew O’Hehir, told Business Insider that Salon decided to unpublish the article following Warmbier’s death. O’Hehir noted that it was only about 200 words and a summary of a late night skit. An archive of the now-unpublished article confirms the article only reported on Wilmore’s segment about Warmbier and doesn’t add anything original.

“It contained no original reporting, opinion or analysis on the Warmbier case and was entirely based on the Wilmore segment,” he told Business Insider. “Furthermore, we had significant editorial turnover during 2016 and no one on our current staff had anything to do with publishing that piece. I don’t think anything in it was inaccurate: Wilmore said the things he said. But under the circumstances, it seemed respectful and appropriate to remove it.”

iMediaEthics has written O’Hehir to ask how many complaints Salon received and to ask when Salon deleted the post.

While O’Hehir told Business Insider that “no one on our current staff had anything to do with publishing that piece,” according to the Internet archive, it was written by Brendan Gauthier, who has four bylines on Salon on June 15. His LinkedIn states he was an assistant editor for Salon from July 2015 to Dec. 2016, and that he is now a freelance journalist. Gauthier told iMediaEthics his article was just an aggregation, “in and of itself pretty mundane if not for the admittedly salacious display, which some editor built in March 2016.”

“I was unaware Salon had deleted the story until I checked Twitter today,” he told iMediaEthics. “I don’t work there full-time anymore, but every once in a while I’ll get called to fill in for a day.”