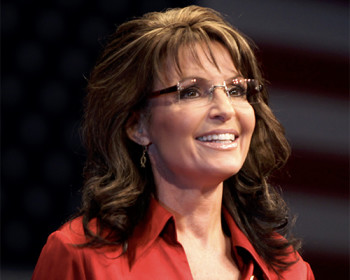 Gawker-owned blog Jezebel was duped by a satire story from The National Report, Mediaite reported.

The story was based on the National Report’s article from July 28, “Sarah Palin Channel In Trouble Over “N– Hitler” Remarks.”

That article claimed that Palin interviewed a man named George Seymour for her online network, The Sarah Palin Channel. Seymour said during the phony interview

““I call him `N* Hitler.’ He wants to stick everyone that don’t agree with him in concentration camps [and] make us wear the mark of the beast. He’s a Muslim, gay-loving n* Hitler and there’s not a day that goes by where I don’t wish he was dead or in jail.”

Palin did really start her own Sarah Palin Channel this week but the National Report story of the George Seymour interview was bogus.

Jezebel has since posted an “UPDATE” on its story:

“[UPDATE: The site that reported on the interview is actually a parody site. Once again, my confirmation bias has led me astray. Consider me fooled, and chastened.]”

The headline has also been changed to:

The writer for Jezebel, Erin Gloria Ryan told iMediaEthics by e-mail, “As I noted in the post, my being fooled by bad satire is something I can attribute to my own confirmation bias. Unfortunately,  when you’re writing 4 to 6 posts a day, it’s impossible to fact check everything that we aggregate,  but in this case, I should have been more careful.”

Earlier this week, news outlets were hoaxed by the National Report’s satire story claiming that Michele Bachmann said she wanted “Americanization” labor camps for immigrants, as iMediaEthics wrote. In June, an MIT Science blog was duped by a National Report article claiming solar panels were draining the sun.