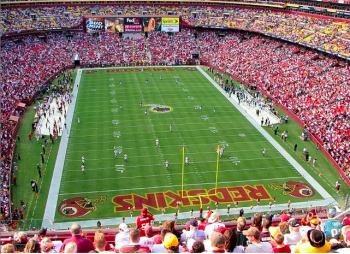 The Seattle Times is the latest publication to announce it will no longer use the term “Redskins” in reporting on the Washington, D.C. NFL team, the Washington Redskins.

Calling the name “absurd, offensive and outdated,” the Seattle Times’s sports editor Don Shelton said the newspaper is done with publishing the word because it “colors an entire race.”

“A federal agency withdrew trademark protection for the Washington Redskins because it said the nickname is an insult to Native Americans, threatening millions of dollars the team and the National Football League make from merchandise and sponsorships.

Seattle Times’ sports editor Shelton told iMediaEthics that the decision was made a few weeks ago, before the patent office made its ruling. He said that a new hire a few months ago prompted the discussion. “A newly hired reporter (not in sports) asked what our policy was and when we told him he asked us why we continued to use it,” he wrote.

“The more I thought about it, the more I realized it was time for change,” Shelton explained, saying he was working on the announcement over the weekend:

“I started writing the Take 2 post on Sunday night and was waiting to get some calls back from Native American leaders when the patent decision came Wednesday. I decided the timing was right to announce last night.  So the patent decision had nothing to do with my decision, but moved my timetable up on announcing it a day or two.”

Shelton noted in his blogpost about the decision that 20 years ago, the Seattle Times took a position about the name of the team, trying to limit the term:

“Back in the early 1990s, we decided to minimize the use of the name. We allowed it once per article and kept it out of headlines and photo captions.”

However, now the newspaper is dropping the name altogether. The new policy notes that occasionally wire stories that automatically publish and use the word may slip through. The policy is:

“We’ll allow the name in stories like this that deal with the controversy. The Associated Press news service we subscribe to still allows it, and we have automated online feeds that we aren’t able to monitor 24/7. Still, we will remove the name from articles published in print or edited for our website.”

The Seattle Times also won’t use the name when referring to the sports team for Wellpinit High School in Washington, Shelton wrote. iMediaEthics has asked the school’s principal for comment on the Times’ new standards.

But, the newspaper won’t institute a full ban of “all other Native American mascots” like the Tomahawks and Totems because they “don’t generate the same visceral reaction.”

The Times also quoted Randy Lewis from the the Colville Confederated Tribes and on the board of United Indians Foundation about the term.

Lewis said, “I find it as offensive as black people find the N-word.”

In 2013, Slate, Mother Jones, the New Republic, the Buffalo News, and the Richmond Free Press banned the term.

In 2012, the Kansas City Star banned the term, calling it a “racial epithet.”