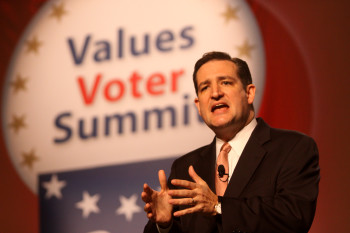 National Review reported last night that some senators were about to endorse fellow Sen. Ted Cruz for president in  the 2016 election. However, the conservative news site and magazine has now corrected its piece.

The March 7 article by Elaina Plott was headlined “Cruz to unveil Senate endorsements this week.” But within two hours, National Review posted a correction and update admitting no Senators are set to endorse Cruz.  A correction on the site posted by Eliana Johnson reads:

“An earlier post stated that Ted Cruz’s presidential campaign was set to unveil a series of endorsements from Cruz’s fellow senators. The report was erroneous. As of this writing, the campaign has no pending Senate endorsements to announce.”

“EDITOR’S NOTE: This post has been updated. An earlier version stated that the Cruz campaign was set to unveil four or more endorsements from Cruz’s fellow senators. The number of senators who will endorse Cruz is not known.”

The amended National Review article now says Cruz will receive some endorsements this week and one from a Senate colleague:

“Cruz is set to unveil a slew of endorsements — at least one from a Senate colleague – as early as this week, according to a source with knowledge of the situation.”

Meanwhile days after the endorsement reporting error, the National Review announced it was endorsing Cruz for president. And on March 10, Cruz announced its first endorsement from a Senate colleague — Sen. Mike Lee. from Utah.

iMediaEthics has written to Cruz’s campaign and the National Review for more information.

UPDATED: With information about National Review endorsement and Lee endorsement.