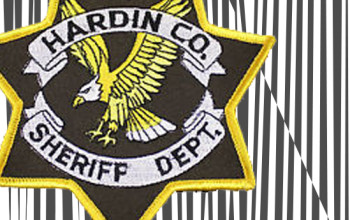 The News-Enterprise, a daily newspaper in Elizabethtown, Ky. near Louisville, fired two members of its staff for falsely inserting a quote into a story that made the local sheriff claim people join law enforcement to shoot minorities.

The News-Enterprise had reported, “Hardin County Sheriff John Ward said those who go into the law enforcement profession typically do it because they have a desire to shoot minorities.”

However, Ward said in a Facebook statement that he never said that and that there was a witness to his interview that would back him up. Ward wrote: “There is a serious mistake in today’s News Enterprise in a story that quotes me as saying ‘people that typically get into law enforcement do so to shoot minorities.'”

In response to the false claim, editor Ben Sheroan told iMediaEthics by e-mail, “The newspaper staff did receive a number of telephone calls and email inquiries from the community but I do not have a count.”

Sheroan also pointed iMediaEthics to his Jan. 8 column about the error, which he called a “horrible mistake.”

“We share the outrage and disgust expressed by many of you,” he wrote. Sheroan explained that the newspaper investigated the error and fired two people. He added that the reporter who wrote the story, Anna Taylor, was “not responsible for the error.”

The News-Enterprise, which has a circulation of about 13,000 copies according to Mondo Times, retracted the “major error” and false quote in a statement on Facebook. That statement, signed by editor Sheroan, reads:

“A story on Page A1 in today’s print edition contains a major error and misquotes Sheriff John Ward in a paraphrased statement. The version online has been corrected. The newspaper formally apologizes to the sheriff and other law-enforcement officers offended by its typographical mistake.”

In addition, the newspaper published an apology on its website and a retraction atop the Jan. 8 article in question on its website. It reads, “RETRACTION: This story – as it appeared in print – contained a major error and misquoted Sheriff John Ward. The version here has been corrected. The newspaper apologizes to the sheriff and other law-enforcement officers because of its mistake.”