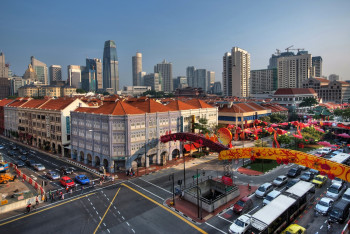 Singapore blogger Roy Ngerng must pay $109,000 U.S. over 17 years to his country’s prime minister Lee Hsieng Loong as part of the penalty for being found guilty in 2014 of libeling Lee.

According to Agence France Presse, Ngerng will have to pay $100 U.S. monthly for five years, then $1,000 U.S. a month for the following 12 years. He won’t be charged interest, according to the AFP.

Lee sued Ngerng back in 2014, as iMediaEthics reported at the time, over Ngerng’s blogposts claiming Lee misappropriated money from state coffers.

“After being sued by the prime minister, Ngerng was firedfrom his government hospital job for administrative reasons which he did not contest,” the AFP reported.

Ngerng, who blogged in his free time, apologized in May 2014 shortly after publication and offered a settlement of 5,000 Singapore dollars (around $4,000 U.S. at the time), but Lee’s lawyer rejected the offer as “derisory.” Ngerng crowdfunded about 112,000 Singapore dollars by November 2014 to help him pay the prime minister.

“I received financial support from individual donors and various organisations (such as Media Legal Defence Initiative), to an amount of about S$127,000,”  Ngerng told iMediaEthics, of which most went to lawyers and the remainder to court fees or costs.

Ngerng had been working at a hospital but was fired in 2014. He said he’s had trouble finding work since the firing.

“The official reason that the hospital gave was that I was ‘misusing working time, hospital computers and facilities for personal pursuits,'” Ngerng told iMediaEthics. Ngerng noted that he was fired days after he organized a protest and pointed out that the hospital sent a press release about his firing that alluded to the libel ruling saying staff “cannot defame someone else without basis, which essentially means knowingly stating a falsehood to the public.”

Ngerng is currently taking a break from blogging, he told iMediaEthics. “For now, I have taken a backseat,” he e-mailed. “I have been blogging for 4 years, since 2012, and have written more than 600 articles on the blog since then.”

iMediaEthics has contacted the prime minister’s office for comment on the payment plan.