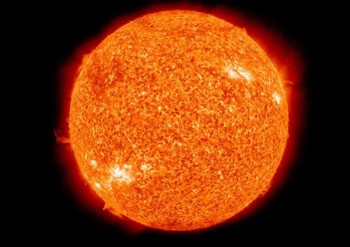 National Report published a story in May claiming that scientists from the Wyoming Institute of Technology “found conclusive evidence that solar panels…are also draining the sun of its own energy.”

At the very bottom of National Report’s website is the following disclaimer:

“*DISCLAIMER: The views expressed by writers on this site are theirs alone and are not reflective of the fine journalistic and editorial integrity of National Report. Advice given is NOT to be construed as professional. If you are in need of professional help, please consult a professional. National Report is not intended for children under the age of 18.”

The Knight Science Journalism at MIT’s Tracker blog posted a May 30 article reporting on National Report’s claims as if they were real.

The Tracker blog identifies itself as a “service for science journalists, created and funded by the Knight Science Journalism Fellowship Program at MIT.”

In an update atop the article, the writer, Paul Raeburn, acknowledged that he “took the darn thing seriously.”

“Editor’s note: O.K., this is embarrassing to have to admit, but faithful Tracker readers responded almost immediately to let me know that the National Report is a parody site. It’s a measure of my cynicism, I suppose, that I took the darn thing seriously. And just to show I’m too big a person to try to bury my shame, I’m going to leave this post up. I hope you enjoy it.”

Fact checking website Politifact also took up the claims, writing that “several readers” saw the claims about solar panels on social media and chain emails.  Naturally, Politifact debunked the claims and gave the story a “Pants on Fire.”

iMediaEthics has written to Raeburn at the MIT blog for further comment.

National Report has duped other outlets as iMediaEthics has written.

Last year, Fox News was hoaxed by a National Report satire article saying President Obama was personally funding a Muslim museum while the government shutdown was going on. Fox News later admitted it “made a bad mistake” by reporting on the story.

UPDATE: 6/29/2014 9:25 PM EST Raeburn told iMediaEthics he thinks he first saw the satire article on social media. He explained why he left his original post intact:

“Well, I got taken by that one, and I thought I should be transparent about my mistake. In most cases, I think it’s a bad practice to try to remove things from the web. It’s much better to correct them and leave them, so that any future visitors can see and understand what happened.”