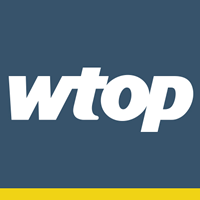 WTOP, a Washington, D.C.-area news radio station and website, unpublished an article about the rocket scientist Wernher von Braun’s role in the Apollo 11 mission. The station first posted a correction saying it didn’t call von Braun a Nazi, but then decided to take the whole thing down.

The story’s article now leads to an error page. An archive of it on the WayBack Machine shows the article reported that the Apollo 11 mision “got off the ground, in so [sic] small part, thanks to Wernher von Braun, a brilliant German-American rocket engineer who is laid to rest in Alexandria, Virginia.”

That message was also posted in a tweet. Then, WTOP posted a follow-up tweet saying, “Correction: We have updated this story to explicitly state that Wernher von Braun was a Nazi.”

Then, twenty minutes later, WTOP posted a tweet saying it was unpublishing the article. “After careful consideration, WTOP has decided to remove the article from our website. This story did not meet WTOP’s standards and should not have appeared on any of our platforms,” WTOP wrote.

iMediaEthics has written to WTOP for more information about what went wrong.

According to NASA’s website, Von Braun was “one of the most important rocket developers and champions of space exploration in the twentieth century.” Further NASA states, “Von Braun was a member of the Nazi Party and an SS officer, yet was also arrested by the Gestapo in 1944 for careless remarks he made about the war and the rocket.” After World War II, Von Braun worked with the U.S. Army.