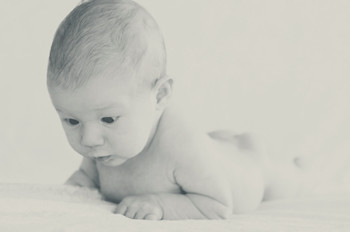 South African daily newspaper The Cape Argus made South African media site Grubstreet retract its criticism of the site for naming a minor-aged kidnapping victim by her birth name.

The victim, now 18, was kidnapped as an infant. Her kidnappers gave her a new name. But the 18-year-old said she is fine being called by her birth name; she doesn’t want news outlets to identify her by the name her kidnappers gave her, South African news site IOL News reported.

Grubstreet slammed The Cape Argus for naming the victim but the newspaper’s lawyers complained because the courts allowed media to name the girl and it wasn’t the only outlet to do so.

The April 28 retraction from Grubstreet states:

“Subsequent to the publishing of a “front pages” post last week, in which Grubstreet criticised the Cape Argus for apparently identifying a 17-year-old Cape Town girl kidnapped as an infant in hospital, the paper has pointed out through a lawyer’s letter that a court order entitles the Argus to use the name given to the girl by her biological parents.

“The paper’s attorneys also pointed out that the Cape Argus was not the only media organisation to have named the girl in this manner and insisted that Grubstreet apologise for the comments.

“Grubstreet is happy to put the record straight and retracts last week’s criticism of the Cape Argus, and apologises for the error and for singling out the newspaper.”

“From the start, we have prided ourselves as a newsroom for the responsible manner that we have covered this case, with due regard for the child involved. We are closely connected to this case and have been covering it for the last 18 years. So it came as a complete surprise when I read the Grubstreet post.

“It is also unfortunate that we had to resort to our lawyers to set the record straight after repeated attempts on twitter to get Grubstreet and Moodie to correct the error.”

All who work at @TheCapeArgus whose reputations were unfairly tarnished feel vindicated. https://t.co/nnO9dpFFsH

Gill Moodie from Grubstreet pointed iMediaEthics to the South African Press Code, which dictates media “should not identify children who have been victims of abuse, exploitation.”

“The case of kidnapped 17-year-old girl is complicated because she has a name given to her by her biological parents – which many SA media organisations have used in coverage – and a name given to her by the family who raised her,” Moodie wrote. “Since the story broke that the girl’s biological family had found her, I have always been uncomfortable with the media using her biological name and naming her biological family because, in doing so, I felt the kidnapped girl was clearly identified in her school environment as the kidnapping was discovered when the girl’s (named) biological sister joined the same school and fellow students noticed a startling resemblance.”

Moodie added that her belief is that the girl shouldn’t be named will help protect the girl’s privacy. Moodie wrote:

“The girl has made it clear to the court that the traumatic discovery that the family who raised her was not her real family has been made worse by the media scrutiny. I believe that if all names had been kept out of this, it would have gone a long way to protecting her identity at her school.”

While the girl herself has said she doesn’t care if the media uses her biological name, Moodie said she thinks it’s better to not name her at all.  She wrote:

“The 17-year-old girl says now that she does not identify with her biological name and, therefore, it can be used in the media. However, I believe  this may change when she gets older. It is such a distinctive name – and this case so unusual – I think South Africans will remember this for many years to come.

“For me – and I am willing to admit that I err on the side of caution when it comes to ethics.”

Moodie argued that journalists shouldn’t name the girl because “this is not just a legal matter but an ethical one” and “sometimes children need to be protected from themselves.”

Further, she suggested there was no need to name the girl anyway. “In this story, I believe that naming her did not drive the story forward in a material manner. There was no need and it only caused the child distress – and may do so again in the future if she ever wishes to change her name to that given to her by her biological parents.”

In terms of her criticism of The Cape Argus, Moodie said she misunderstood the court order allowing media to name the girl. ‘I got it wrong and it was unfair to single out the Cape Argus, therefore I apologised and retracted it.”