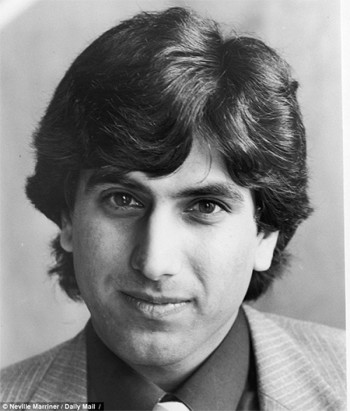 The reporter, who works undercover and is known as the “fake sheikh,” may even be charged with perjury, the Independent reported.

The suspension and possible charges are all related to his undercover report claiming pop star Tulisa Contostavlos helped him get cocaine.

He pretended to be a Bollywood film producer considering putting her in a movie with Leonardo DiCaprio. according to The Guardian. Mahmood said Contostavlos told him she could get him cocaine from a friend, Mike GLC (Michael Coombs), the Press Gazette reported.

Then, the Sun published a front-page report in its Sunday edition last year, “Tulisa’s cocaine drug shame.”  The UK Crown Prosecution Service charged Contostavlos and Coombs over the allegations. Coombs pleaded guilty “to supplying half an ounce (13.9 g) of cocaine.”

But, the case against Contostavlos and the charges against Coombs ended up getting “dropped” this week because the judge ruled Mahmood had shown “improper conduct,” The Guardian reported.

Mahmood acknowledged using “subterfuge” in order to report the accusations against Contostavlos, but claimed his actions were in the public interest.

“The motive here is in the public interest to expose criminality,” he said.

He said, according to the Press Gazette, that he was told Contostavlos “arranges drugs for a close circle of friends,” so he decided to see if she would for him.

“They recorded this and produced this as evidence when I thought it was an audition. It was a terrible thing to do,” she said.

Contostavlos also claims she was drunk, which Mahmood denied

The case was dropped this week because the judge accused Mahmood of a “deliberate lie.”

There was “strong grounds for believing that the underlying purpose of these lies was to conceal the fact that he had been manipulating the evidence in this case,” The Guardian reported.The judge, Alistair McCreath, then dismissed the jury.

Why did the case “collapse?” According to the Press Gazette, in addition to Mahmood’s comments, a man named Alan Smith, who drove Contostavlos one of the nights of her meetings with Mahmood, told police last year that Contostavlos said she was against drugs. Suddenly, the driver, Smith, changed his testimony and said Contostavlos hadn’t talked about drugs.

Mahmood said before the trial started in a hearing that he hadn’t talked to Smith to get him to change his story. But, Mahmood wasn’t telling the truth. The judge discovered Mahmood had spoken with Smith and helped Smith figure out what to tell police.

“Mahmood conceded he had received an emailed copy of the statement and had spoken to Smith about it just three days before denying any such actions,” according to The Guardian.

In response to the trial’s dismissal and the accusations by the judge against Mahmood, the Sun suspended the undercover reporter “pending an immediate internal investigation,” according to Reuters.

“I urge both police and News UK to investigate Mazher Mahmood and his team and to put an end to his deceit in pursuit of sensational stories for commercial gain,” Contostavlos said after the dismissal.

“Mahmood has now been exposed by my lawyers openly lying to the judge and jury. These lies were told to stop crucial evidence going before the jury.” she added.

The Sun stood by its reporting on Contostavlos, however, Reuters reported.

“We are very disappointed with this outcome, but do believe the original investigation was conducted within the bounds of the law and the industry’s code.”

iMediaEthics is writing to the Sun for further comment.