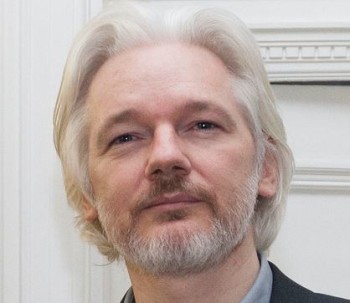 The Swedish Court of Appeal has upheld a Swedish arrest warrant and extradition for Julian Assange, Bloomberg reported.

“We are of course disappointed that they have upheld the custody decision,” his lawyer Per Samuelson said. “I have spoken to Julian and he is confident that in the long run we will prevail because Swedish, international and European law is on our side.”

Assange had appealed the warrant and extradition to Sweden to face questioning. Assange is still “suspected on probable cause of crimes including rape,” the court said today. The Stockholm District Court previously ruled that an arrest warrant against him should stay in place, but Assange appealed the decision in July. The UK Supreme Court rejected Assange’s appeal against extradition back in 2012.  He has been in the Ecuadorian Embassy in London for two years to avoid being extradited. He hasn’t been charged and denies the accusations, as iMediaEthics has previously reported.

In a statement, the Svea Court of Appeal in Sweden said it “refuses his claim to have the detention set aside.”

The court said, “there is no reason to set aside the detention solely because Julian Assange is in an embassy and the detention order cannot be enforced at present for that reason.”

It added that “there is a great risk that he will evade legal proceedings or punishment.” The court went on:

“When it comes to the reasons for and against detention, i.e. the assessment of proportionality that is always made when use is made of a coercive measure such as detention, the Court of Appeal considers that Julian Assange’s stay at the embassy shall not count in his favour since he can himself choose to bring his stay there to an end.”

The court also criticized the prosecutors for not doing more:

“The Court of Appeal notes, however, that the investigation into the suspected crimes has come to a halt and considers that the failure of the prosecutors to examine alternative avenues is not in line with their obligation – in the interests of everyone concerned – to move the preliminary investigation forward.

“However, in the view of the Court of Appeal, the reasons for detention still outweigh the reasons to the contrary since Julian Assange is suspected of crimes of a relatively serious nature and there is a great risk that he will evade legal proceedings or punishment if the detention order is set aside.”