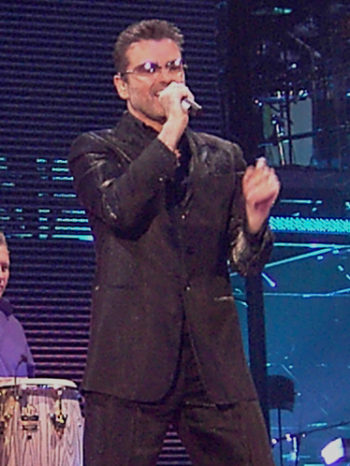 The UK Sun published the emergency phone call recording made by George Michael’s partner, Fadi Fawaz, upon finding the dying pop star dead in his home. Fawaz’s pain and panic-filled voice was a violation of privacy to the family who found the leaked tape “deeply distressing.”

The Sun declined to comment to iMediaEthics about its decision to publish. IPSO, the press regulator, told iMediaEthics it has received one complaint thus far “under Clauses 2 and 4,” which relate to privacy and intrusion into grief or shock. iMediaEthics has contacted Michael’s former manager and publicist for comment.

The Sun‘s Feb. 10 report includes audio and quotes from the nearly five-minute-long tape.

Michael’s family said in a statement, according to the BBC:

“George’s family and friends are extremely upset and truly appalled that such a personal, painful and clearly confidential recording has been leaked.

“We firmly believe that anyone contacting the emergency authorities in situations such as this should be entitled to expect that recordings will not be released to the media and it is deeply distressing to the family that this transcript, and audio recording, has been made public.”

“South Central Ambulance Service NHS Foundation Trust (SCAS) has been informed about the release of the tape of a 999 call. We take matters of confidentiality very seriously and have launched an immediate investigation. As Thames Valley Police are preparing a file for the coroner we are also liaising with Thames Valley Police and are therefore not able to comment further at this time.”