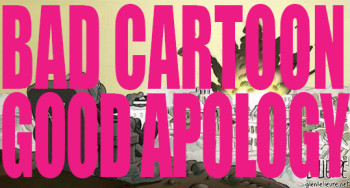 The Australian Press Council ruled that the Sydney Morning Herald broke offense standards with its July cartoon slammed for anti-Semitism.

The press council ruled that the cartoon was offensive but did praise the newspaper’s response to the criticms of the cartoon.

“The Council welcomes the prominent, extensive and closely-reasoned apology by the publication and its subsequent action to reduce the risk of repetition,” the council wrote. “The Council commends this approach to other publications.”

The council told iMediaEthics by e-mail it doesn’t typically release the number of complaints it received.

Glen Le Lievre, the cartoonist, declined to comment on the ruling in an e-mail to iMediaEthics.

As iMediaEthics previously reported, the Sydney Morning Herald retracted and apologized for its July 26 cartoon showing an old, large-nosed, yarmulke-wearing man sitting in a chair with the Star of David on it, holding a remote that is setting off blasts in Gaza.

See the cartoon by Le Lievre below.

The newspaper apologized a week after publication, writing “We apologise unreservedly for this lapse, and the anguish and distress that has been caused.”

The Herald published an apology on its website shortly after publication, and linked to the press council’s ruling.

The Jan. 17 ruling reported that the Herald admitted that its cartoon “had placed gratuitous emphasis on the Jewishness of its subject and in doing so had inappropriately emphasised religious persuasion rather than Israeli nationality, thereby causing offence.”

In addition, the paper told the council that as part of its attempts to rectify its lapse in standards, its editor-in-chief and news director underwent training.

“The newspaper’s Editor in Chief and News Director had subsequently participated in seminars facilitated by the Jewish Board of Deputies to raise awareness about imagery that could be construed as anti-Semitic,” the press council reported. “It said further seminars were planned and would be expanded to include the newspaper’s senior editorial staff.”

Sydney Morning Herald editor Darren Goodsir discussed the cartoon and ruling in a phone interview with iMediaEthics. Calling the cartoon’s publication “deeply regrettable,” Goodsir said that he and the newspaper’s news director met with the Jewish Board of Deputies about the cartoon and later the board held a seminar for approximately two dozen senior editors and journalists.

The first hour of the two-hour seminar focused on the “history of anti-Semitism, and highlighting a number of illustrations from around the world that they felt evoked anti-Semitic tendancies.” The second hour was a question and answer session.

“It was very successful and enlightening and has encouraged me to hold a number of seminars this year, not just on issues pertaining to the Jewish community, but a range of complex areas,” Goodsir explained, listing domestic violence and  Islamophobia as examples.

“I took the view after this regrettable inident last year that the newsroom editors, particularly when there’s so much speed in the newsroom across so many platforms, can’t be educated enough about a range of complex and nuanced issues,” Goodsir said.

Moving forward, he said he would like to be more proactive than reactive by addressing standards in reporting on sensitive topics on the Herald‘s own instead of in reaction to a controversy in the newspaper.

The Guardian noted that the cartoon was published with a column by Mike Carlton, who resigned after he got in trouble for his interactions with readers.  The Guardian reported back in August that the paper’s editor Darren Goodsir apologized for Carlton’s correspondence with readers in response to his column. In an Aug. 5 statement on the Herald‘s website, Goodsir wrote:

“I have become aware that Mike Carlton has corresponded with some Herald readers and letter writers using inappropriate and offensive language. This behaviour is completely unacceptable.

“In dealing with our readers, it is a basic principle that our staff, columnists and contributors should always behave with respect and courtesy.”