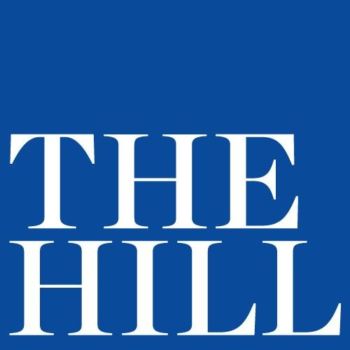 The Hill, a political news site and newspaper published in Washington, D.C., deleted all stories by Juan Pablo Andrade after Mediaite found a video of him in which it said he “praised Nazis.”

“The only thing the Nazis didn’t get right is they didn’t keep f*cking going!” he said, according to the Mediaite video. Andrade in a statement claimed that the video was incomplete and he was quoting someone.

By phone, Andrade told iMediaEthics that he never heard from the Hill about its decision and instead found out when he read a news story about the Hill’s deletion. “I was kind of disappointed that they didn’t let me speak to them first,” he said.

Andrade told iMediaEthics that he had overheard a student and was quoting the student in the video and that he is currently looking for the full video.

iMediaEthics wrote to The Hill to ask if Andrade was fired or did he resign, how long he had written for The Hill, what the reason was for his firing and how many articles The Hill published by him. We received the following statement in response:

“As soon as The Hill was made aware of this video and the comments made by Mr. Andrade, we are no longer publishing his opinion pieces and are removing his work from our site.”

In a tweet responding to iMediaEthics, Andrade said he would be releasing a statement May 11.

He also tweeted, “The attacks on me are nothing more than desperate leftist media plots to undermine people working to advance the #AmericaFirst agenda.”

Today, he tweeted a statement claiming the Mediaite video was “incomplete and fails to tell the full story, in which I was quoting what someone, whom I vehemently disagree with, said to me.” He added that he is “actively looking for the full, unedited video to prove that this is a false attack by the leftist media, as they will stop at nothing to undermine anyone promoting the America First agenda.”

“As a Hispanic, any suggestion that I would support Nazis is insulting and disgusting, and anyone suggesting so should be ashamed of themselves.”

iMediaEthics has written to Andrade to ask for his response to the Hill’s decision.

The attacks on me are nothing more than desperate leftist media plots to undermine people working to advance the #AmericaFirst agenda.

Tomorrow afternoon, I will releasing the REAL story, as well as my official statement. Stay tuned….#MAGA #FakeNews