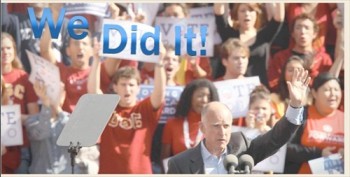 Brown is quoted as telling the Associated Press “If they slipped, they would have went right over.”

According to the Times’ style book, “sic” is only used in the newspaper’s reports if “it is part of the material being quoted, such as in a transcript.”