The Pros and Cons of Government Subsidized Journalism: New Media Critics Weigh In

The Pros and Cons of Government-Subsidized Journalism: New Media Critics Weigh In 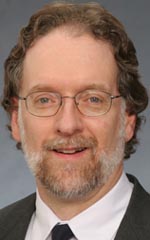 When it comes to new media, I often look to Steve Buttry, Information Content Conductor for Gazette Communications in Cedar Rapids, Iowa. He keeps a personal blog which offers thoughtful commentary balancing the economic, ethical, and editorial demands of publishing in the new media landscape.

After putting together our recent coverage of the launch of non-profit news outlet, The Texas Tribune, I found a pertinent post by Buttry, who adamantly argues against another type of business model : government subsidized news.

Buttry outlines five reasons he believes government support is a bad idea, but it is the first and last that get to the core of his objection.

Reason one states, “Journalists must be watchdogs and no dog bites the hand that feeds it,” while five reads, “It’s just wrong. If government funds, government will regulate. Freedom of the press has to include freedom for the press to fail.”

Buttry’s post comes in on the heels of an October 19 report written by Leonard Downie, Jr. (former executive editor of the Washington Post) and Michael Schudson (professor at Columbia University’s School of Journalism) titled “The Reconstruction of American Journalism.” Commissioned by Nicholas Lehmann, dean of the Journalism School at Columbia, the report offered six recommendations for how to rejuvenate and economically sustain the fourth estate.

But the proposal to which Buttry is responding was that government should provide support for some local news.

“We are just suggesting that certain kinds of reporting are a public good and should be funded as such,” Mr. Downie said, according to David Carr at the New York Times.

Not long after “The Reconstruction of American Journalism” was released, another pair of problem-solvers offered their suggestions about how to keep journalism afloat. John Nichols (who writes for Nation and is an editor at the Capitol Times of Madison, Wisconsin) and Robert W. McChesney (professor of communication at the University of Illinois, Champagne-Urbana) penned a column in the Washington Post titled “Yes, journalists deserve subsidies too.”

Nichols and McChesney, co-founders of the non-profit media reform organization, Free Press, remind readers of the democratic importance of an “informed and participating citizenry,” and that journalism plays a pivotal role in ensuring this. Thus, they see government funding as one way (amongst others) to maintain our nation’s journalistic tradition.

“The First Amendment necessarily prohibits state censorship, but it does not prevent citizens from using their government to subsidize and spawn independent media,” they write. “Indeed, the post-colonial press system was built on massive postal and printing subsidies…They established enlightened subsidies, which broadened the marketplace of ideas and enhanced and protected core freedoms. Their initiatives were essential to America’s progress.”

Buttry finds the use of postal subsidies to justify government subsidies dubious, as does Dan Gillmor, director of the Knight Center for Digital Media Entrepreneurship at Arizona State University’s Walter Cronkite School of Journalism and Mass Communication. On his blog Gillmor unravels the postal subsidy comparison. “If the authors had only pursued their logic, they’d have ended up at the only sensible conclusion — that taxpayers could well subsidize the equivalent of the postal and printing subsidies they celebrate…What would following their logic lead us to in a digital world? That’s easy: We should collectively install dark fiber to every home and business where it’s feasible to do so, and put fiber as close to the ones that are too remote to make sense otherwise. It should be “dark fiber” — that is, data lines not controlled by government but available for others to light up to provide services for users.”

Gillmor argues that instead of focusing only on journalism, funding should be about “boosting trade of services and information (for-profit and not-for-profit), one part of which would be media.”

Like Buttry, he also foresees ethical problems if government and journalism mix. “It will lead us down a path that media reformers will rue: licensing of journalists, picking of winners and other pernicious outcomes.”

But Downie/Schudson and Nichols/McChesney have their supporters. Buttry’s post garnered thoughtful comments, many of which argued that given the dire state of journalsm, no business model should be left unexamined or dismissed outright.

One commenter noted that claims of government-funded journalism becoming government-controlled journalism can be alleviated by looking at the way the industry has dealt with similar ethical issues when supported by advertising. A commenter named Josh (who discloses that he runs Free Press — which means that he’s Josh Silver, Executive Director of the organization), wrote “I believe in journalists and their commitment to independence, and I believe that strong protections can be put in place between journalism and the funding stream. The same way firewalls were built between editorial and advertising in the past.”

This debate is only in its infancy. As new approaches and business models develop, we will continue to cover responses as well as the successes and failures of new media.

The Pros and Cons of Government-Subsidized Journalism: New Media Critics Weigh In