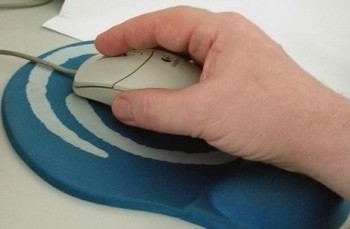 Below, check out iMediaEthics ten most read stories published in 2013.

Deutsche-Welle retracted the obituary and said it was published because of a “technical error.”

As with most high-profile breaking news stories, the media made a handful of errors in reporting on the April Boston Marathon bombing.

This April 17 story highlighted four major errors in the coverage of the bombing: the New York Daily News‘ Photoshopping a front page image to remove gore, the Associated Press’ wrong report that cell phone service was cut in Boston, the New York Post‘s incorrect claim that 12 people were killed, and the Post‘s report that the police had a 20-year-old “Saudi Arabian national” at a Boston hospital “under guard.”
8. NYPost Photoshops Front Page Photo of ‘Cannibal Cop’ Gilberto Valle, Discloses in Tiny Print

In March, the New York Post doctored an image of “cannibal cop” Gilberto Valle, the NYPD officer convicted of planning to “kidnap, torture, kill and eat women.”  The Post’s image showed Valle in a chef’s outfit holding a soup ladle. A miniscule disclosure on the  front page image identified the picture as a “Post photo composite.”

This story also made it to iMediaEthics‘ Top 10 list of photo flops for 2013.

In December, South Africa’s Times Live and Kenya’s The Standard were duped by a satire story claiming that Kanye West said he was going to be the “next Nelson Mandela.” That fake quote originated in a satire article from site The Daily Currant.  Both sites reported on that Daily Currant satiric article as if it were real and later unpublished their stories.

Numerous news outlets including the New York Post, the Hollywood Reporter, the Village Voice and Fox News published an NBC handout photo of Jay Leno and Jimmy Fallon that contained a fake background.  But none of the news outlets disclosed to readers that the photo contained fakery.

The image showed Leno on a motorcycle and Fallon in the sidecar.  While Leno and Fallon did pose on the motorcycle and sidecar, the background and road they were pictured on was fake, an NBC spokesperson told iMediaEthics.

The New York Daily News then doctored the photo to add a pile of cash on Fallon’s lap. The Daily News did disclose in its online edition of the photo that it was an illustration, but the print edition had no such disclosure.

Last year’s roundup of iMediaEthics’ Top 10 cases of plagiarism and bad attribution made it to number 5 on our most popular list this year.

This January, iMediaEthics looked into news outlets that fell for a satire story claiming that Mike Tyson had a sex change and wanted to be known as Michelle.

We previously reported on Zimbabwe’s The Standard, which denied being hoaxed by the satire story from News Biscuit.

SpyGhana was duped by the satire story. But that wasn’t its only problem. Its writer stole the News Biscuit story verbatim without attribution. Instead the article was credited to “SpyGhana Reporter.”

After an e-mail exchange with iMediaEthics, SpyGhana’s owner, Mrs. Mushura, published a correction and apology for the plagiarism and hoax.

3.   Why did Media Publish Racy Pictures of Edward Snowden’s Girlfriend?

This June 28 article by iMediaEthics summer intern Mitchell Petit-Frere questioned why so many news sites published numerous photos of a woman identified as NSA leaker Edward Snowden’s girlfriend before her identity was even confirmed.

The photos pictured Lindsay Mills scantily clad.  Snowden called out the media for paying more attention to “what my girlfriend looks like rather than, say, the largest program of suspicionless surveillance in human history.”

The New York Post and the New York Daily News published a graphic photo of a man named Bashid Mclean holding the severed head of his mother Tanya Byrd.

Both outlets blocked out Byrd’s head so readers wouldn’t see the gore, and neither provided a source for the photo. The Daily News had the photo first and its reporter Larry McShane wouldn’t say where they got the photo. He told us:

Our most read story this year was a July 12 story about Gawker publishing a photo of Trayvon Martin’s corpse.

The photo showed Martin lying dead in the grass with crime scene markers around him.  The photo was shown on MSNBC and then Gawker after it was shown during the trial against George Zimmerman.