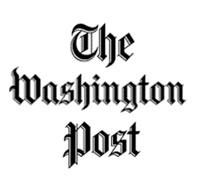 A few days ago, we wrote about the Washington Post‘s new social media guidelines. As we noted then, the response from media critics was generally weary. They saw the restrictive nature of the guidelines as one more nail in the coffin for old-school media.

Well, the Washington Post heard those concerns and ombudsman Andrew Alexander has responded with a lackluster defense.

Alexander says that Executive Editor Marcus Brauchli sees the Post‘s neutrality as “essential to maintaining our credibility.” Brauchli continues, telling Alexander that, “It’s been consistently shown in our readership [surveys] that people value us for our independence…Our central tenet is that we don’t let our personal views influence or guide our presentation of information or coverage of the issues.”

But journalists have always had personal opinions and biases. And those opinions affected their reporting to the same degree (or lack thereof) whether or not they aired them in the public sphere. In other words, reporters can continue to write with the same level of neutrality regardless of whether they Tweet.

The problem, for the Washington Post, is the perception of bias. And again, this perception exists even if reporters never utter a word about their personal opinions on Twitter, Facebook, or CNN. Alexander says so himself. As support for Brauchli’s argument that the public wants unbiased news coverage, Alexander uses this example. “Of the roughly 30,000 e-mails and calls to the ombudsman this year, the largest percentage has been from readers complaining about bias. They often measure partiality against their own point of view, of course. Still, they typically demand coverage that is unfailingly neutral.”

Hence, if personal opinions disseminated on social media sites might cause further questions about our bias, we should create strict rules about how our reporters use such sites. Seems like a logical response. However, what this policy fails to recogize is that old logic isn’t flexible enough to handle the ethical questions of new media. At some point, the Post (and other established media) are going to have to reckon with the fact that the Internet is changing the way we process information.

Arizona State University’s Dan Gillmor, director of the school’s Knight Center for Digital Media Entrepreneurship, contributed to Alexander’s column, but also printed a more thorough and complete response at his blog, Mediactive. He writes, “…it comes down to something that may sound counter-intuitive: So long as you do excellent journalism, greater transparency will lead readers to believe you less — that is, they’ll understand better why it’s impossible to get everything right all the time — but they’ll trust you more.”

We have to accept that a journalist’s personal opinions exist. Pretending that they don’t — as the online-centric-world continues to change and transform the way we exist — will seem increasingly naive, if not deceptive.