'The Wire' creator says HuffPost, Duke U Book Libeled Him

‘The Wire’ creator says HuffPost, Duke U Book Libeled Him 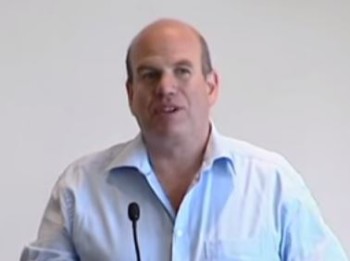 Writer and creator of The Wire David Simon accused writer Linda Williams of publishing a libelous error in her book and a Huffington Post blogpost.

WIlliams wrongly claimed, Simon says, that he was fired from the Baltimore Sun because of alleged ethical breaches at the newspaper.

He said he told Williams and her publisher earlier this year about the errors in the book but never heard back. In his July 3 post on his website, he explained to readers what was wrong with the claims.

WIlliams, a Professor of Film & Media and Rhetoric at the University of California-Berkeley, wrote a book about The Wire TV show titled On The Wire and promoted the book in a blogpost for the Huffington Post.

Her blogpost, published July 2, was titled “How the Wire Is, and Isn’t ‘Dickensian.'” It stated:

“Thus did David Simon have his sweet revenge on the bosses who once fired him from the Baltimore Sun for not himself producing more facile, “Dickensian” stories. Thus does he show how his own more deeply contextualized institutional-level reporting was devalued by his own institution.”

Simon slammed the claims. “Understand, it is not merely an error,” Simon wrote in a July 3 statement on his website.”Everyone makes mistakes.”

Simon said he read “a galley” of Williams’ book, provided by its publisher Duke University Press. He said he wasn’t commenting on her “thoughts and theories” about the show, which she is “welcome to.” But, he slammed her comments regarding his exit from the Baltimore Sun. He wrote:

“Embedded in the original manuscript was a theme, conjured from god knows where by the author, that I had been fired from the newspaper after a falling out with editors that involved an ethical breach on my part.”

Simon unequivocally stated he never had any ethical problems at the paper and that he left the paper “voluntarily” in a buyout. He added that an editor at the newspaper offered him a raise if he stayed. (iMediaEthics has written to the Baltimore Sun for confirmation.)

“I don’t know how else to say this:  There was no ethical breach.  No lapse in any ethical standard of journalism was ever suggested or referenced in any of my work, even by those editors with whom I had deep and fundamental disagreements over the direction and priorities of the newspaper.  No ethical question was ever raised by those editors with me, nor with any of my immediate supervisors.  Nothing of the sort was ever discussed or brought to my attention in any way, ever.  It.  Just.  Did.  Not.  Happen.”

He explained why the erroneous claim was libelous:

“Being fired from any job certainly implies cause.  It is defamatory on its face.  And when a writer is informed in advance of the facts and chooses to publish such a claim regardless, it meets the definition for libel, and actionable libel even of a public person.”

He said that this week he again contacted the publisher and Huffington Post about the error.  “I also attempted to correct the record using the disembodied and bureaucratic uselessness that is the Huffington Post’s corrections and legal inquiry forms.  Nada.  No replies.   No follow through at all,” he wrote.

The Huffington Post passed the buck, putting the responsibility on Williams. A spokesperson told Capital New York in a statement :

“While The Huffington Post offers a platform for bloggers to post their thoughts, opinions, and commentary, we don’t control what the more than 70,000 independent bloggers across the globe who have taken advantage of our platform write.

“Our blogger terms stipulate that they submit their work to us in good faith and, if issues such as factual inaccuracies arise, these bloggers are expected to address these immediately.”

In other words, bloggers are not paid for blogposts, but they must insure themselves for liability, while Huffington Post profits from advertising revenues generated from these same blogposts.

Simon said in an update on his website that  the director of Duke University Press said the book “is now on hold while the publisher consults with its author and with legal counsel.”

iMediaEthics has written to Duke University Press and Williams for a response to Simon’s comments. We’ve also asked Huffington Post for comment.

“As spokesperson for The Baltimore Sun Media Group, your email below was forwarded to me for comment; however, we do not comment on any employee’s, past or present, personal information.”

‘The Wire’ creator says HuffPost, Duke U Book Libeled Him