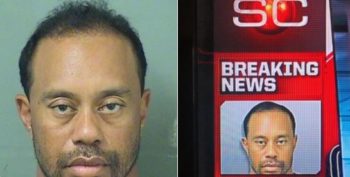 Why? ESPN told iMediaEthics it had edited the photo to make it match standard headshots. “We have utilized a standard template for on-air headshots, which led to the background being dropped for consistency,” ESPN’s Josh Krulewitz told iMediaEthics in an e-mailed statement. “We will revisit this process to improve it going forward.”

iMediaEthics asked ESPN if, outside of cropping the photo, there were any other edits, if the photo that was cropped and put on a different background was used anywhere else besides March 29’s SportsCenter, and if ESPN is still using that photo or the original mugshot. ESPN only provided the above statement.

But by doing so, Woods’ hair was shorter and less unruly.

This is the original mugshot. 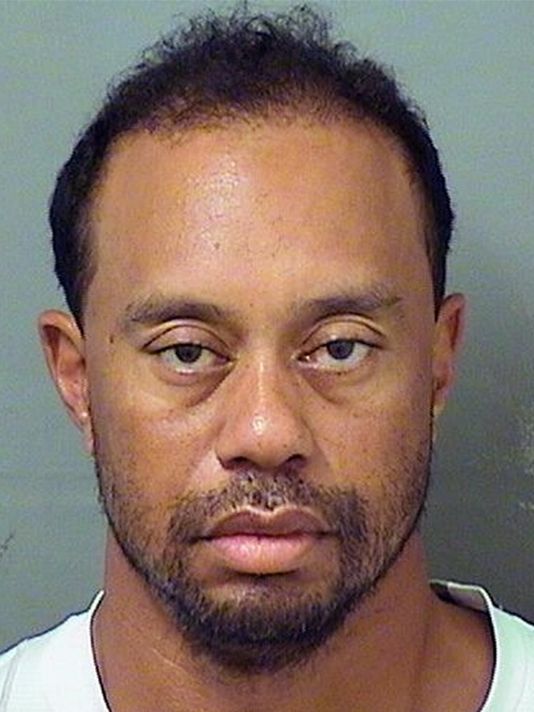 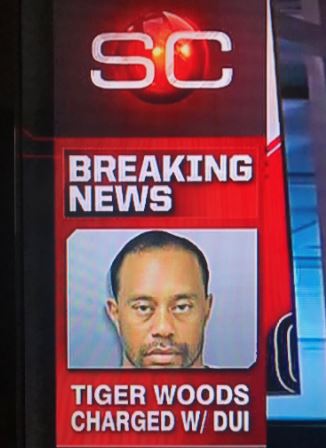 “By Tuesday morning, ESPN was using the full mug shot, with a blue background, as information contained in his arrest report became public,” the Washington Post reported. Philly.com indicated the editing out of the top of Woods’ hair was just a sloppy error.

On a scale of 1 to Nick Nolte, I'd say this mug shot is an 8. Unless you are looking at the Photoshopped @SportsCenter version. pic.twitter.com/ZqeFUcLW7M