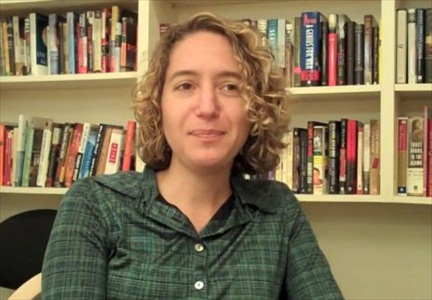 Time’s Kathryn Schulz wrote Nov. 24 about “why journalists get the big things wrong.”

In the article, Schulz, an author and journalist, summarized some of the reasons journalists make errors and advocated for quicker corrections for those errors.

Schulz framed her argument on a July 4, 2004 correction in the Lexington, Kentucky newspaper, the Herald-Leader.  The correction apologized for not reporting the civil rights movement.

“It has come to the editor’s attention that the Herald-Leader neglected to cover the civil rights movement. We regret the omission,” the correction reportedly read.

Schulz argued that the Herald-Leader’s 2,000 word-correction highlights two issues in journalism:  “First, sometimes, we get the story wrong in ways so sweeping and consequential that they laughably exceed the capacity of the errata section. Second, we don’t have effective tools for dealing with these large-scale mistakes.”

As an example of a high-profile story where journalists erred, Schulz cited the Shirley Sherrod story of earlier this year.  (An edited video of Sherrod saying she racially discriminated in her job quickly made news headlines and led to an immediate request for resignation.  After she resigned amidst claiming that the complete video of the incident would clear her name, the full video did surface and some politicians and journalists apologized for the rush to judgment.)

As Schulz wrote, journalists don’t make mistakes because they are bad people, but because of the way the industry works.

“Reporters make serious mistakes routinely, and we do so not because we are immoral, but because of the nature of journalism, and of the human mind,” she wrote.

Schulz claimed that two easy ways errors are made are through the “echo-chamber effect” and understaffing.

To avoid error, Schulz reminded journalists to be skeptical.  But, she concluded that the errors themselves aren’t the issue as much as not correcting the errors quickly.

“The shame doesn’t lie in the mistakes, but in their silent perpetuation,” Schulz wrote.

Schultz is also the author of the 2010 book Being Wrong:Adventures in the Margin of Error.   See Schulz’s Time article here.