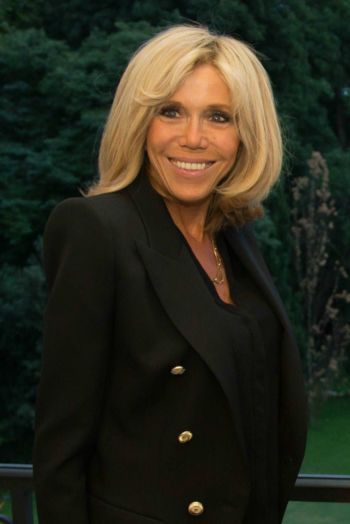 The Times of London fell for a parody tweet posing as from Brigitte Macron, the wife of French president Emmanuel Macron. After it discovered the hoax, the Times unpublished its article and posted a correction.

A cache of a portion of the article is still available via Google. The story by Adam Sage was headlined, “Brigitte Macron attacks Veolia boss for apprentice snobbery.” (Veolia is a French company.) The article claimed Macron “led attacks on a leading business executive yesterday after he undermined her husband’s attempt to promote apprenticeships by claiming that his own children were too ‘brilliant at school’ to become trainees.”

The story quoted from a tweet reading, “Antoine Frerot could not eat scallops at the Ritz without the ‘stupidity’ of the great chefs who began as apprentices.”

The Aug. 31 article has been replaced with a note reading, “This article has been removed.” iMediaEthics has written to the Times to ask how long the inaccurate story was published, if it was published in print and if the Times contacted Brigitte Macron or her representatives before publication. A spokesperson for Times’ parent company News UK told iMediaEthics by e-mail, “We don’t have any further comment.” iMediaEthics has also contacted the French government to see if Macron is satisfied with the correction.

The Times‘ correction and apology is found on its corrections and clarifications page. It reads:

“We mistakenly attributed to Brigitte Macron a Twitter message criticising Antoine Frérot, the chief executive of Veolia (“Brigitte Macron attacks Veolia boss for apprenticeship snobbery”, Aug 31). The tweet was not from Mrs Macron but from a fake account set up in her name. We are happy to correct the record and apologise for the error.”