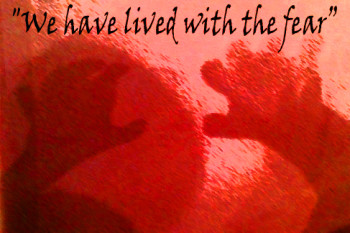 Despite having dealt with its own controversial past for publishing cartoons of Muhammad, Danish newspaper Jyllands-Posten said it isn’t going to publish  French satirical newspaper Charlie Hebdo‘s cartoons, Reuters reported.

In announcing its decision, Jyllands-Posten commented that it was concerned about the safety of its staff.  “The concern for our employees’ safety is paramount,” the paper stated.

In 2005, Jyllands-Posten published a dozen cartoons of Muhammad.   According to a 2006 report from the BBC about the controversy, the cartoons “show the Muslim Prophet Muhammad in a variety of humorous or satirical situations.”

The cartoons “accompanied an editorial criticising self-censorship” related to images of Muhammad. Only some of the cartoons were “deliberately provocative towards Muslims,” the BBC explained. For example, “One shows Muhammad brandishing a sword ready for a fight. His eyes are blacked out while two women stand behind him with their Islamic dress leaving only their eyes uncovered.”

The paper apologized for causing offense with the cartoons but said they didn’t mean for the cartoons to be offensive.

The cartoons “provoked demonstrations in the Indian-controlled part of Kashmir,death threats against the artists, condemnation from 11 Muslim countries and a rebuke from the United Nations,” according to a 2006 New York Times article.

“We have lived with the fear of a terrorist attack for nine years, and yes, that is the explanation why we do not reprint the cartoons, whether it be our own or Charlie Hebdo‘s,” the editorial stated. “We are also aware that we therefore bow to violence and intimidation.”

Jyllands-Posten is “the only major Danish newspaper” not publishing Charlie Hebdo‘s cartoons, Reuters noted. The paper’s editor-in-chief Jørn Mikkelsen further explained why the paper didn’t publish any of the cartoons in an interview on the paper’s website.

“Jyllands-Posten is in a unique situation. If we had printed the drawings, everything would have acted on that we would in turn trigger a new cartoon crisis, and we would end up reinstate the ritual dance from 10 years ago,” Mikkelsen said, according to a rough Google translate.