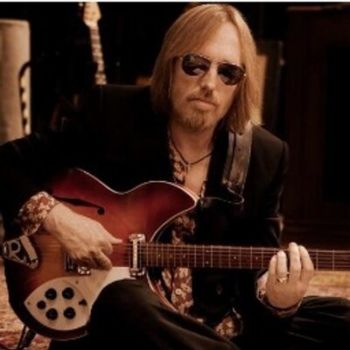 Is Tom Petty dead? Monday afternoon, news outlets began reporting that the famous rock musician and frontman of Tom Petty and the Heartbreakers died after a heart attack. But the Los Angeles Police Department tweeted just before 5 PM Eastern that it actually didn’t know if Petty had died, despite having “inadvertently” told “some media sources” otherwise. [Update: Petty died late Monday night, his manager said in an official statement on Petty’s website.]

iMediaEthics spoke with LAPD spokesperson Josh Rubenstein, the public information director, who told us what happened. According to Rubenstein, an LAPD officer got a phone call from CBS Radio to his personal cell phone, didn’t realize he was being quoted and simply said he thought Petty had died but did not know for certain. Rubenstein noted that the call wasn’t from the local CBS affiliate, the matter wasn’t in LAPD’s jurisdiction and the error occurred because of apparent miscommunication in “talking across the room.” That officer “didn’t even know they had given a quote” when “all of a sudden” the media was reporting they had confirmed Petty’s death. He noted that because of the Las Vegas shooting, the department has been very busy. iMediaEthics has contacted CBS for a response.

TMZ had reported earlier Monday afternoon that Petty was taken to the hospital, was not doing well, but was “clinging to life,” as opposed to the previous reports. “The singer is not expected to live throughout the day, but he’s still clinging to life. A report that the LAPD confirmed the singer’s death is inaccurate — the L.A. County Sheriff’s Dept. handled the emergency,” celebrity news site TMZ reported.

After the LAPD apologized for its mistake, news outlets began to walk back their reporting. Snopes, however, still says as of about 6:30 PM that Petty died.

CBS News had reported Petty’s death based on the remarks by the LAPD. Its article now notes, “An earlier LAPD report which confirmed the singer’s death, and which CBS reported, has since been clarified.”

Slate, for one, tweeted a correction, saying “CORRECTION: Tom Petty is reportedly in critical condition. We deleted an earlier tweet stating the singer has died.”  Slate‘s article has been updated with a note that reads, “This post has been updated to reflect that CBS has retracted its confirmation of Petty’s death.”

Variety updated its story with a note that reads,

“UPDATE: Citing a source, Variety reported at 1:30 p.m. PT that Petty had died. However, the LAPD has clarified that a statement ‘inadvertently provided’ incorrect information to media sources. Variety will continue to monitor the situation and provide the most accurate information possible amid conflicting reports. TMZ reported that Petty is “clinging to life support.”

Huffington Post has updated its story, pointing to the LAPD tweets.

The news was breaking so fast that Rolling Stone has conflicting headlines. The headline at the top of Rolling Stone‘s website says Petty is dead, whereas the headline for its article and the story itself says only hospitalized.

(1/2)The LAPD has no information about the passing of singer Tom Petty. Initial information was inadvertantly provided to some media sources

(2/2) However, the LAPD has no investigative role in this matter. We apologize for any inconvenience in this reporting.

CORRECTION: Tom Petty is reportedly in critical condition. We deleted an earlier tweet stating the singer has died. https://t.co/ym6ObEkvsT

iMediaEthics will continue to update this post with more examples of news outlets’ handling of the error.