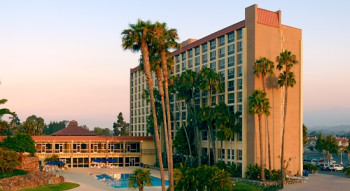 The Daily Nexus, the student newspaper for the University of California-Santa Barbara, retracted an article that joked about terrorist group ISIS taking control over one of the school’s residence halls.

The article, “ISIS Seizes FT, Establishes Gaucho Caliphate,” has been unpublished from the Daily Nexus‘ website, but a Google cache of the Oct. 21 article shows it claimed there were beheadings over underage drinking and that the school chancellor said the campus was safer under ISIS control. [iMediaEthics has a PDF of the original article.]

The post was a satire article for the newspaper’s Nexustentialism blog, but it wasn’t properly vetted or given a disclaimer at first, Nexus editor Carissa Quiambao told iMediaEthics by e-mail.

“Some readers did think it was a real story,” Quiambao said because the article failed to disclose it was satire at first. “There have been many complaints about the article, but our decision to retract ultimately came down to lack of oversight and the necessity to allow articles like this to have its own, clearly delineated page to avoid confusion with our editorial content,” she went on.

While the paper did add a disclaimer that the article was satire, Quiambao said the article was still problematic because “there was no clear delineation between the Nexustentialism blog section and the rest of the editorial content.”

In an Oct. 21 retraction on the Nexus’s website, the Nexus apologized for the publication of the article and invited anyone who wanted to learn more about what happened to email or stop by the newspaper to discuss the issue. That offer of transparency and engagement with readers over an editorial error is a great move, especially from a college publication, in iMediaEthics’ view.

The retraction said the article didn’t receive “proper editorial review prior to being posted.”

“The piece does not reflect the views of the Nexus editorial staff or of UCSB and steps are being taken to ensure that all future content of this nature goes through the appropriate editorial channels before being published,” the retraction went on.

Nexus editor Quiambao told iMediaEthics what editorial review was missing from the article and explained how it slipped through to publication without the proper editorial approval:

“The article was submitted by a writer and published solely by the Managing Editor, who took on the ME position a few weeks ago, along with this unprecedented satirical section. The article did not go through Copy/Production and did not receive consultation nor approval from the Opinion section, although a handful of staffers did read the article and thought it was publishable. The article also was not published on Facebook by our Social Media Manager, but put directly onto Facebook by our ME.”

Quiambao said that the ISIS post, by an unpaid student intern for the paper, was published “directly to the website and did not print” in the print edition.

In light of this incident, the Nexus is “prioritizing creating a separate Nexustentialism satirical page (still part of the Daily Nexus website) with our recently hired web developer so that it’s clear the blog posts are separate from our editorial content,” Quiambao told iMediaEthics.

Quiambao added, “We will not let go of the reporter, because this was ultimately the fault of editorial staff members (especially myself). Moving forward, we will not publish any more satirical pieces until Nexustentialism gets its own dedicated page.”