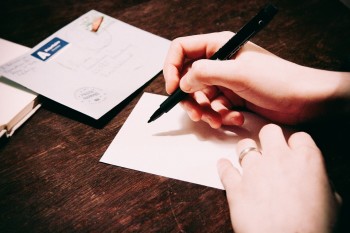 There’s been a “new twist” in unpublishing requests — when readers contact news outlets asking them to remove content about them from their sites, Toronto Star public editor Kathy English reported.

Three readers wanted the Star to take down their submitted letters to the editor, she wrote. Typically, readers contact to ask for news outlets to delete old stories about them or those in which they are quoted. It is “unusual,” English wrote, that people who took the time to write and submit letters for publication would later backtrack.

iMediaEthics asked Sylvia Stead, the public editor for fellow Toronto-based newspaper the Globe and Mail if she has had any readers contact her asking for letters to be removed. Stead said she has not seen this at the Globe.

“Like most other news organizations, the Star’s unpublishing policy is rooted in the view that the website — our digital archive of what’s been published — is a matter of public record and that it is unethical to make content simply disappear because someone does not want to see an article in which they are named turn up in a Google search,” English explained, noting that “In nearly nine years in this role, I can count on one hand the number of times when we have removed published information.”

After receiving the requests to take down Letters to the Editor, English, the Star‘s letters editor and editorial page editor agreed “we cannot see any valid grounds for unpublishing published letters,” according to English.

“While these people seeking to have their letters taken down may well have since altered their views as expressed in those letters, or, as one of them told us, faced some professional repercussions for having expressed political views, I don’t think the Star can simply make those letters disappear as if they were never published,” English explained.

Further, English said that any reader who submits a letter to the editor should expect it to be published in print and online since that is the longstanding practice.