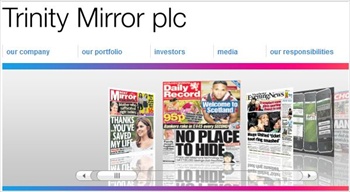 Trinity Mirror PLC, which owns the Daily Mirror, People, the Daily Record and other newspapers in the UK, will review its “editorial practices,” in light of accusations that the Mirror used phone hacking to get stories, Journalism.co.uk reported.

As iMediaEthics has written, the Mirror has been accused by former Mirror reporter James Hipwell of engaging in phone hacking.  The Mirror’s parent company has denied phone hacking allegations, as has former Mirror editor and current CNN host Piers Morgan.

Morgan has also called for an apology from UK Parliament member Louise Mensch, who under Parliamentary privilege claimed Morgan admitted in his book The Insider to hacking phones. The Telegraph explained that Mensch’s comments were inaccurate, as Morgan wrote in his book about how he thought his phone was hacked.