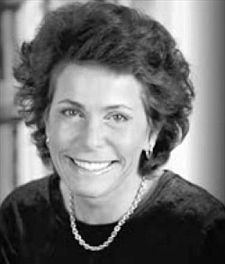 U.S. president Barack Obama recently signed a national law to protect from libel rulings abroad. Similar state laws already existed, including in NY, where the law was named for Rachel Ehrenfeld, pictured above in a detail of a screenshot. (Credit: YouTube, cjhsladwm)

In mid-August, President Barack Obama signed into law the SPEECH Act.  The new law, quickly passed by the House of Representatives and Senate, prevents foreign libel judgments from being upheld in the U.S. if the ruling would conflict with U.S. law.

iMediaEthics wrote about the SPEECH Act when Senators Patrick Leahy (D-Vt) and Jeff Sessions (R-Al) introduced the bill to the Senate.  It seemingly nullifies libel tourism, the practice of suing for libel in a country with weaker libel standards than the U.S.

As U.S. journalists have celebrated the bill — including activist Rachel Ehrenfeld, whose own libel judgment spurred the legislation — UK advocates have seen the SPEECH Act as further proof that Britain’s libel laws need reform.

“I’m deeply concerned by the growing restrictions imposed on Americans’ free speech by well financed organizations in the U.S. who abuse our laws and courts, filing frivolous lawsuits against anyone critical of their activities,” Ehrenfeld wrote in an e-mail to StinkyJournalism following the bill’s passing.  She furthered that “it would have been good had the SPEECH Act provided for damages, too.”

Ehrenfeld, director of the American Center for Democracy (which “monitors and exposes the enemies of freedom”) wrote in an e-mail to “friends and supporters” that “The Speech Act is of monumental importance to national security and the protection of free speech. [It] allows Americans to expose the enemies of freedom and democracy without fear of foreign intimidation,” according to the BBC.

Ehrenfeld was sued in the UK in 2004 for her book Funding Evil by Saudi billionaire Khalid bin Mahfouz.  She had identified Mahfouz as having “links to Al Qaeda, Hamas, and other radical Muslim organizations.”  She lost the suit, but won’t abide by the ruling to destroy copies of her book.  As a result of her case, state legislation was enacted to protect against overseas libel rulings, including in New York.

England has been long considered a libel tourism destination, a label that British lawmakers and journalists have recently expressed interest in shedding. As iMediaEthics has previously reported Britain’s Justice Secretary Jack Straw started a push to reform Britain’s libel laws this spring.  Some changes Straw suggested include: only having one publication as a plaintiff, instead of every publication which published the offending information; limiting fees in libel cases; and expanding the fair comment defense to decent responsible journalism defense.

The Index of Censorship (a freedom of expression advocacy organization), English PEN, and Sense about Science are the three organizations comprising the Libel Reform Campaign.

PEN is an international charity organization that promotes literature and campaigning on language and speech issues.  English PEN is the affiliate based in England.

UK’s The Metro reported that English PEN’s Robert Sharp said the passing of the SPEECH Act is “a national disgrace and just shows how skewed and unbalanced our laws are.”  English PEN’s director, Jonathan Heawood, called it “hugely embarrassing,” according to Journalism.co.uk.

The SPEECH Act had many supporters including the nonprofit  Reporters Committee for Freedom of the Press, the U.S. book publishing trade association American Association of Publishers, the U.S. Society of Professional Journalists, and others.

Edmonton Journal: Capital One hack cartoon had 'resemblence to anti-Semitic tropes'
Why CBC says documentary on Trial co-produced by lawyer's daughter not conflict of interest