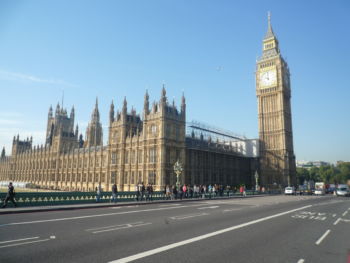 British television news channel Channel 4 named the wrong man as responsible for the March 2017 Westminster attack in London. While Channel 4’s Simon Israel admitted error by the end of his news program and tweeted that he “made a mistake,” UK broadcast regulator OfCom ruled against Channel 4 for the error, calling it a “serious inaccuracy.”

Israel had reported that Abu Izzadeen was the attacker, but Izzadeen was in prison at the time. Six people filed complaints with OfCom over the error, according to OfCom’s Sept. 11 report on complaint rulings. Channel 4 admitted error but denied it was a reckless error, pointing to its on-air correction and later apology, and adding that it was a “fast-developing story,” OfCom reported. Because of the OfCom investigation, Channel 4 provided a detailed accounting of how the error occurred.

Even worse, it was the “fourth case in three years” where Channel 4 broke OfCom’s standards for accuracy, the broadcast regulator noted, and after the third breach, Channel 4 promised it would do better about airing accuracy information. As such, OfCom made Channel 4 air a statement about its ruling. That is “highly unusual” and “very rare,” the Guardian reported.

An OfCom spokesperson told iMediaEthics by e-mail “We found Channel 4 News committed a serious breach of broadcasting rules, after it wrongly identified the Westminster terror attacker. Channel 4 News incorrectly referred to the same person throughout its report, and subsequent steps to mitigate the error were insufficient.”

The spokesperson further stated,  “This is the fourth time in three years we have found Channel 4 in breach of its requirement to report news with due accuracy. We are particularly concerned that another serious breach has happened, given Channel 4’s previous assurances to Ofcom that improvements to its compliance processes were being made. Considering the seriousness of this breach, we are requiring Channel 4 News to air a summary of our breach decision.”

iMediaEthics wrote to Channel 4 to ask what the statement will say and when it will be aired. A spokesperson said in response, “Channel 4 News takes its obligations under the Ofcom Broadcasting Code extremely seriously and is committed to providing audiences with high-quality, accurate and impartial news programming. We have participated fully in Ofcom’s investigation and note the regulator’s ruling which takes into account the immediate steps taken to correct and clarify the error during the course of the programme.”

Channel 4 told OfCom that its anonymous source who inaccurately confirmed Izzadeen as the attacker not only “confirmed the information three times” but also “was in a position to know the identity” and “had previously proved entirely reliable,” OfCom said. Further, a supervisor, Channel 4 News’s editor, approved reporting Izzadeen was the attacker and the team involved in the reporting wasn’t aware “there were doubts about the veracity of the information.”

Then, Channel 4 heard there was a change, that Izzadeen wasn’t the attacker. At that point, the network distanced its claims, and then later totally walked back its claim after hearing from Izzadeen’s brother. While it didn’t air a formal correction and apology until the next day, Channel 4 did take the episode off online platforms and multiple clarifications and apologies were shared over social media.

OfCom noted that the Westminster attack was at the time, “the biggest attack on the British mainland since” the 2005 London Underground bombings, so reporting was “of significant public interest.”

“However, due to the enormous level of public interest in such a high-profile story, the need for due accuracy in broadcast news coverage was further heightened,” OfCom ruled. While OfCom noted it doesn’t have any guidelines regarding the number of anonymous sources a media outlet relies upon, “the use of a single source can carry a substantial risk of inaccuracy,which on this occasion was borne out.” OfCom also called out Channel 4 for not following its standards requiring senior executives approach reporting based on a single source. (Channel 4 didn’t due to “time pressure.”)

OfCom did give Channel 4 credit for amending its reporting, but flagged that it didn’t issue a “complete retraction or correction” even though Izzadeen’s brother complained to Channel 4.