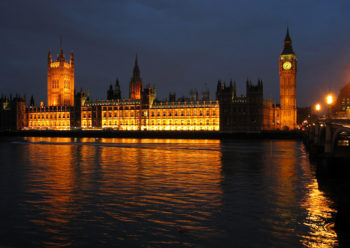 When will the media learn its lesson? Yet again a news outlet jumped the gun in the horse race to be first and named the wrong person involved in a terrorism attack. This time it was the Westminster attack in London, March 22.

From the Boston Marathon bombing and the Navy Yard shooting to the Sandy Hook School shooting and the San Bernardino attack, in the rush to grab clicks and market shares, a frequent mistake in the media is misreporting the identity of the alleged attacker.

Channel 4 senior home affairs correspondent Simon Israel wrongly reported on air the night of the attack that the Westminster attacker was Abu Izzadeen.

But Izzadeen is in prison, and the real attacker died during the attack. Izzadeen is a radical Islamic who has been arrested on terrorism-related charges and was in prison, Vice explains.

During that same program, Israel walked back his claim, the Press Gazette noted.

Israel said “It may be that we’re not as certain about identity of the attacker as we thought.”

Israel admitted it was his mistake, but tweeted that his error was because of bad information from his source.

The source I trusted, but ultimately I made a mistake. This time I got it wrong. Abu Izzadeen is in prison.

iMediaEthics asked Channel 4 if it apologized on air and how many complaints it has received. A Channel 4 spokesperson provided a statement from Channel 4 news editor Ben De Pear, which reads:

“Last night on Channel 4 News we got it wrong. We mistakenly broadcast that the identity of the alleged Westminster attacker was believed to be Abu Izzadeen, also known as Trevor Brooks.

“This was a fast-moving story and while we were on air conflicting information came to light which we then worked to corroborate. During the course of the programme we acted swiftly to correct and clarify the information.

“As the editor of this programme, I take ultimate responsibility and apologise for this error in our reporting which fell below our normal high standards.”