Why did the UK Independent Publish Stories with a Fake Byline?

Why did the UK Independent Publish Stories with Fake Byline? 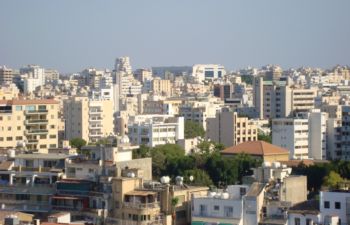 A view of Nicosia (Credit: Wikipedia/Petros3)

The UK Independent published a story with a fake byline in September and, even after this ruse was exposed, has continued to leave the byline intact since that time.

According to BuzzFeed, the Independent‘s article, published Sept. 26, carried the byline “Alan O’Brien” and reported on a soccer match between Totttenham Hotspur of the Premier League in England and APOEL Nicosia, a professional team based in Cyprus. The online article’s dateline also claimed “O’Brien” reported from Cyprus, but after BuzzFeed contacted other journalists who were at the match–none of whom were familiar with the reporter–the Independent removed the dateline. The same article was published with the phony byline in the iPaper, a British tabloid that shares some content with the Independent.

The Independent, a major newspaper brand in the UK, ended its print edition in 2016 and now appears only in an online edition.

iMediaEthics contacted Will Gore, the deputy managing editor of the Independent, to ask who the real person was behind the fake byline, why that person used a fake byline and if the newspaper would update the Alan O’Brien byline with the real name. As of now, the article still carries the fake “Alan O’Brien” byline.  We also asked why the newspaper has published no correction for the error.

Gore declined to comment beyond a statement he made to the Press Gazette, included below.

iMediaEthics has also contacted the Independent Press Standards Organisation, the UK press regulator, to ask if this was an ethical breach that warranted further attention. An IPSO spokesperson told iMediaEthics by e-mail that it doesn’t regulate the Independent but it does regulate the i  and hasn’t received any complaints about the fake byline. IPSO’s spokesperson added that he didn’t think IPSO had ever received any complaints about fake byline, but “As to whether it might breach the Code, that would depend on the complaint and we’d judge in on its merits.”

Gore told BuzzFeed that the newspaper “stopped using pseudonyms some years ago — except where there is an overriding journalistic imperative to protect the identity of a whistle-blower who has written for us, for instance, or to protect sources.”

The Independent told the Press Gazette that a freelancer, whose real name is still not known, made the mistake, and that the Independent erroneously put a dateline on the article to indicate the writer was in Cyprus.

Why did the UK Independent Publish Stories with Fake Byline?