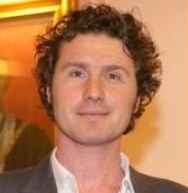 A UK journalist’s critique of a science article has stirred up some controversy of its own in the blogosphere.

But, even though an open discussion of errors in science reporting is always welcome, it seems as if Ben Goldacre’s initial critique is the critique that launched a thousand other critiques.

Goldacre’s critique was criticized by another journalist Jeremy Laurence. Then Goldacre criticized Laurence’s critique.  And then, a few others weighed in criticizing the criticisms that Goldacre and Laurence had started.

Unfortunately, the multiple layers of criticism seem to have steered the discussion away from the error in the initial report on an Omega-3 study that Goldacre evaluated, and, instead, toward the nature of criticism itself.

It all started when Ben Goldacre wrote July 5 on Bad Science (and for The Guardian) on Denis Campbell’s article “Fish oil helps schoolchildren to concentrate,” which has since been removed from the Guardian‘s Web site. The Hindustan Times reposted the article.

Goldacre is a writer and doctor “who specialises in unpicking dodgy scientific claims” and “has written the weekly Bad Science column in the Guardian since 2003.”

Goldacre analyzed a science article on fish oil.  He noted that Campbell’s text didn’t provide or help him find the original academic paper that Campbell’s fish oil story was based on.

Goldacre was eventually able to identify this study in the April 2010 issue of The American Journal of Clinical Nutrition as the original academic paper.  When Goldacre did so, he discovered that the study “was not a trial of whether fish oil pills improve childrens’ performance, it was a brain imaging study” of Omega-3 fatty acids derived from algae.

Jeremy Laurance, The Independent‘s health editor, wrote June 8 on The Independent’s Web site critiquing Goldacre.  “Goldacre is right to highlight the fact that there is too much ‘churnalism’ –-reporters turning out copy direct from press conferences and releases, without checking, to feed the insatiable news machine. This ought to be stopped. But no one, so far, has come up with a commercially realistic idea of how to stop it.”

And then Laurance critiqued Goldacre for critiquing Campbell’s article.

“Reporters are messengers – their job is to tell, as accurately as they can, what has been said, with the benefit of such insight as their experience allows them to bring, not to second guess whether what is said is right. But third, reporters are also under pressure. Newspaper sales are declining, staff have been cut, demands are increasing.”

To Laurence’s claim that journalists shouldn’t have to question what sources tell them, Young wrote “The fact that an established science journalist feels that it is acceptable to think this, let alone publish it in the website of a national newspaper, is just baffling.”

Goldacre responded June 8 on Bad Science noting that there have been three articles in The Independent critiquing him. Goldacre critiqued Laurence’s article, saying it wasn’t factual.

Fiona Fox, director of the Science Media Centre, blogged June 11 that “The fear of being ‘Goldacred’ may have even improved science reporting in newsrooms” but wrote that Goldacre’s tone was wrong:

“Ben was well within his rights to do his weekly column on the weaknesses in the Observer report on Omega 3 but he would not have prompted this backlash if he had done it in a different style. And he could win back the respect of many other UK science reporters if he could occasionally write a sentence or two about the messy business of daily health reporting or acknowledge those journalists who have bravely stood against the trends on issues,” Fox said.

Likewise, StinkyJournalism doesn’t find Goldacre’s post particularly harsh.  Media analysis should be considered a good thing, especially when it reveals inaccurate reporting, like in Goldacre’s case.  But judge for yourself.

Clearly, the criticism of these articles has been just that – robust.