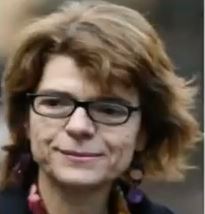 It was OK for the UK Telegraph to have published a picture of Vicky Pryce in prison, a new UK Press Complaints Commission adjudication says.

Pryce is the former wife of Chris Huhne, a former member of Parliament. Both Pryce and Huhne were sent to prison this year for “perverting the course of justice” over a 2003 incident in which Pryce lied to police and said she was driving his car, which traffic cameras recorded speeding.  In an interview in recent years, Pryce revealed that she had lied back in 2003, prompting her and her ex-husband’s prosecution. For more on Pryce, Huhne and how they ended up in jail, check out iMediaEthics’ previous report on Pryce’s daughter’s complaints over the Telegraph photos.

According to the PCC ruling, which was published July 19, the commission determined that the Telegraph didn’t violate Pryce’s privacy or harass her by obtaining or publishing the photos because the pictures were “taken from a public location near the open prison” and Pryce wasn’t hidden from public view.

Pryce’s daughters Georgia and Alexandra had complained to the PCC back in March over coverage of their mother in prison, prompting the PCC to sent out a “privacy advisory notice.” But that advisory, which let journalists know the family didn’t want photos of Pryce in prison, went out after the Telegraph got its photo so the Telegraph wasn’t going against the daughters’ stated “concern.”  The PCC ruling stated: