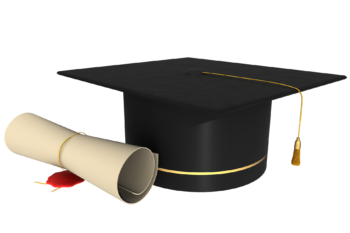 It was OK for the UK Sun to go undercover in order to report on its claim that you can buy a diploma, UK press regulator IPSO ruled.

The Sun‘s January 11 story,  “Exscamination,” reported that its reporter paid £1000 to Halfan Mwembamba in exchange for a diploma secured by the group the British Institute of Resource Development (BIRD) even though the reporter hadn’t provided necessary qualifications or done any work. The reporter said that Mwembamba then faked documents to get the undercover reporter a place in a university.

The Sun story reads in part:

“Our investigator paid a fixer operating from the college £1,000 for a full diploma. Staff then used it to secure him a place on a university BA degree course which triggers full student loans and grants — yet requires attendance only one day a month.

“Anyone passing can apply for senior roles caring for the sick, elderly and vulnerable. Chillingly our healthcare diploma could also help get NHS and private
healthcare jobs.”

Mwembamba, who said he was only a volunteer, complained to the UK press regulator IPSO saying he didn’t get a diploma for the reporter, didn’t coach the reporter, didn’t fake any documents, and didn’t set up any agreements with the reporter (that, he said, was with BIRD, not him). Mwembamba, who is black, also complained that the Sun discriminated against him by showing him and not others from the university who were white. Mwembamba also claimed that some of the audio and video recordings of him were faked.

The Sun stood by its reporting, saying it was anonymously tipped off to the story and decided only by going undercover could the paper find out the true actions of the group, which it said was in the public interest. The Sun noted that its senior editorial staff, legal team and the Head of News and Head of Content were aware of the story before publication.

The Sun argued the public interest was proven because BIRD fired a staff member and audited and fact checked qualifications, and the Sun heard from others who backed up its reporting. The Sun denied the fabrication and discrimination claims and provided unpublished footage to IPSO.

IPSO noted that it previously dismissed similar complaints from BIRD.

“There was a clear public interest in verifying this allegation given the importance of detecting serious impropriety, the expectation that a diploma of this kind could not be dishonestly obtained, the importance of maintaining confidence in such qualifications, and the potential abuse of the university admissions system,” IPSO ruled, noting that secretly recording interactions was a good way for the Sun to provide evidence for its claims.