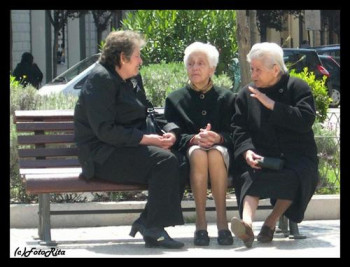 The Sun‘s June 6 article, “Will Gotten Gains,” claimed the agency was “bombarding vulnerable older women… with appeals for more money” after its reporter went undercover to be trained at the agency.

Pell & Bales argued that the Sun  didn’t need to go undercover because there was “no grounds to believe that this would expose unlawful conduct, crime or serious impropriety,” IPSO summarized, noting the agency claimed there was no public interest either.

The decision for the Sun to investigate came when the topic of fundraising was in the news because of the death of Olive Cooke, a 92-year-old woman who died by suicide this summer, IPSO noted. “Cooke, a retired postal worker, dedicated 76 years of her life to raising money for the Royal British Legion and is believed to have sold about 30,000 poppies,” the Guardian reported in July.

The agency also complained the article was misleading and said the Sun didn’t try to fact check. In response, the Sun said it undertook the article in the public interest of showing the inside story of how agencies made fundraising calls to vulnerable people. The newspaper said it didn’t specifically target Pell & Bales, instead having its reporter try to get a job at a recruitment center which then placed it at Pell & Bales.

The Sun also noted that the legal department vetted the reporter’s work with the agency and that the newspaper looked at covering the story in another way than undercover reporting but ultimately decided that undercover reporting would be the best way to get an accurate, current description of the call centers.

In addition, the Sun told IPSO about its meetings throughout the process to decide if the story was in the public interest for publication. “The newspaper concluded that a minimal level of subterfuge was balanced against a considerable public interest, and the Editor decided to publish the article,” IPSO reported.

IPSO agreed that the Sun used a “minimal” amount of undercover reporting and also had no other way to report the story without going undercover.

IPSO found that the Sun‘s “coverage had, unquestionably, been highly pejorative in tone,” but that it was OK “so long as the basis of its view was clear.”

iMediaEthics has written to Pell & Bales for comment. The Sun pointed us to its comments to IPSO.